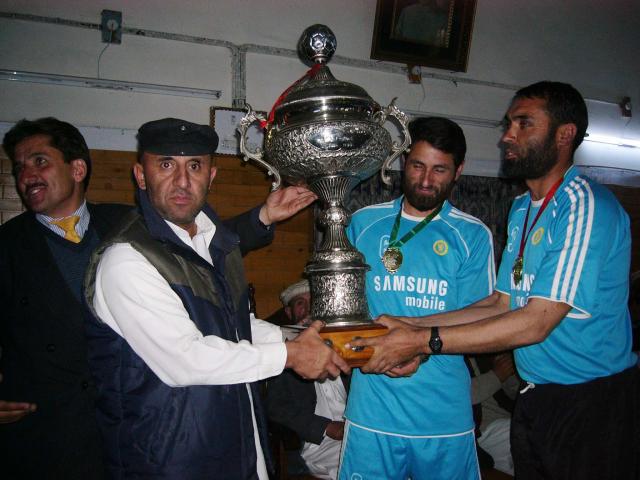 CHITRAL:  Strengthening Participatory Organization (SPO) held a cheuqe distribution ceremony in a local hotel of Chitral. Cheques worth rupees 111000 were distributed among representatives of different civil society organizations. Who were given the task to launch campaign regarding awareness raising among the general public to decrease and minimize increasing ratio of suicide among the women folk. The stakeholders were also given the task for organizing different activities like seminar, workshop, debates on peace keeping, culture preservation and eradicating women suicide trend from the society. Program director Ijaz Qasim and program Officer Miss Shabnum Nooreen distributed cheques among different non-government organizations. Addressing on the occasion engineer Temour Shah coordinator of Rural Community Development program thanked high ups of SPO for starting their activities at Chitral regarding strengthening local community and civil societies by virtue of capacity building    and giving them training on different task. He also thanked representatives of different civil societies for devoting their time and money only for the sack to sever the needy people and for development of their area. He said due to continue efforts of SPO some 17 civil organizations were  given membership under umbrella of SPO. As well as they also conduct 5 training workshops of 5 days duration. as a result it enabled us to eradicate civil evils from the society and play vital role in uplifting of our area and social development. He said that stake holders of SPO umbrella established Chitral Development network and Temour Shah was elected its president for one year. He specially thanked to Ijaz Qasim and Shabnam Nooreen for taking keen interest in development of Chitral who frequently visiting Chitral despite chilly cold weather in winter season. A large number of stakeholders comprising over representatives of different civil societies attended the session.

CHITRAL:  District football tournament 2009 trophy and cup distribution ceremony held at town hall Chitral. Tehsil Nazim Chitral Sartaj Ahmad khan was chief guest on the occasion. While the ceremony was presided over by Sultan Shah Convener of Zilla council. Addressing on the occasion chief guest Sartaj Ahmad Khan said that Chitral is the only piece on world where peace still maintained by people of Chitral. He said that people of Chitral very much fond full of games and Governor NWFP Owais Ghani has announced for establishment of stadium and announced of 1 million each for polo and football association. Bashir Ahmad president Cricket association announced rupees 3000 for winner and 2000 for runner up team. Sartaj Ahmad Khan also announced of 10000 for football association. Hence the ceremony was not attended by president district football association due to a clash between two teams on final day fo the match in presence of Governor NWFP on a disputed goal. Sultan Shah also said that former DCO Mutasim Billah Shah has declared that Chitral is a land of peace and this is a university of civilization and humanitarians. At last chief guest distributed winner trophy and runner up cup among the captain of both football teams of district football tournament 2009. a large number of people attended the ceremony.