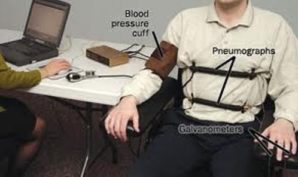 The polygraph examine can uncover a lot of dark secrets. Applicants need to be especially careful when taking them because if you admit crimes that information can and should be given over to authorities. Question is why is this not happening at the National Reconnaissance Office (NRO).

It is a touchy issue for sure.

What to do with all the criminal confessions you get while screening people for a job that requires a security clearance with the National Reconnaissance Office(NRO)?

It seems there is a protocol in place to report these types of criminal confessions to local and state law enforcement but evidence suggest such cases are often not reported.

That is perhaps understandable in the case of someone smoking pot ten years ago, but what about those cases involving child sexual abuse?

This problem was highlighted recently by a bombshell article that appeared in the Kansas City star on July 10th, 2012 called: “Spy agency hasn’t told police about crime confessions.”

There it was reported that in one case “a former California substitute teacher who agreed to a polygraphtest so he could get a national security clearance with the National Reconnaissance Office admitted in 2010 to molesting a girl who was his student at the time. The federal contractor said that if he were asked, ” ‘Have you ever molested a nine-year-old?’ I’d have to say yes,” an internal document says. McClatchy Newspapers checked with the police department and school district in Escondido, Calif., where the man once worked and discovered that neither had been notified of the 2005 incident involving a third-grader.”

In another case, “an Air Force lieutenant colonel confessed to downloading child pornography on his Pentagon computer and to touching a child in a sexual way, records obtained by McClatchy show.”He worried that because of his feelings toward children, he could be accused of being like ‘Michael Jackson,’ ” a document says. “He did make it clear that viewing nude children between the ages of three and fourteen was sexually appealing to him.” The lieutenant colonel said he’d sexually touched the child in Stafford, Va., where the county sheriff’s department has jurisdiction. The department wasn’t notified, spokesman Bill Kennedy said. The Air Force Office of Special Investigations, which could have investigated the downloading of child pornography, also wasn’t informed. “I have nothing on it,” Air Force OSI spokeswoman Linda Card said about the lieutenant colonel, who retired last August. It’s unclear whether the Justice Department was notified. When McClatchy asked about it, spokeswoman Alisa Finelli said the department was “reviewing its records.”

It appears to be what some people would call a “grey area” of sorts.

As the article mentions “many courts in the United States don’t allow polygraph evidence because it isn’t scientifically reliable, and prosecutors might determine that charges can’t be filed even if there’s a confession.”

Second, to prosecute a polygraph confession, criminal investigators often must collect more evidence or get an admission to a crime during a separate interrogation, when the defendants will often figure out what is going on and exercise their 5th amendment rights to request to speak to a lawyer.

Third, the Pentagon has told the National Reconnaissance Office, as well as other spy agencies that it “doesn’t have the authority to ask directly about crimes during its polygraph screenings”, although it often does, delving into matters of drug abuse and shoplifting. Apparently it is supposed to restrict its polygraph examiners to asking only those questions about “national security issues such as spying and terrorism.”

Fourth, its remains at the discretion apparently of the agency whether or not to refer a matter over to law enforcement or not.

In the case of the NRO it often doesn’t report these crimes to “protect itself from outside scrutiny.”

Fifth, NRO polygraph examiners generally don’t inform applicants of their constitutional rights, as criminal investigators often are required to do.

Sixth, the NRO is supposed to inform applicants who agree to a polygraph of the agency’s obligation to report the admission of crimes to law enforcement authorities.

As such cases of criminal admissions during polygraphs often slip through the system.