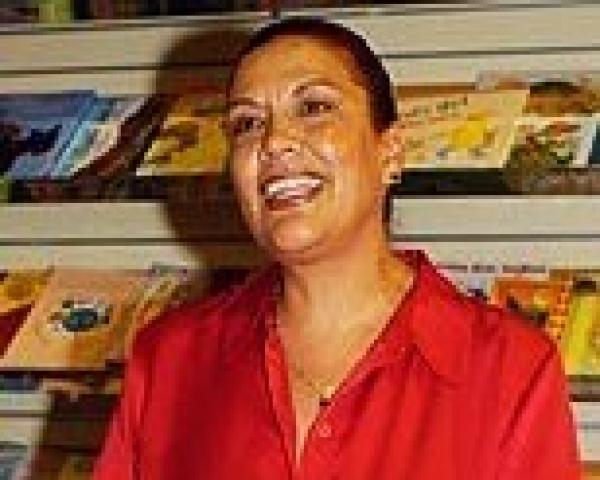 The FBI says she is a spy for Russia but journalist Vicky Pelaez insists she is innocent, while her attorney Carlos Moreno assures there is not a single evidence against Pelaez.

Let me respond to some comments I have received in this blog Carlos in DC and this post. This is what I think of this case:

– Vicky Pelaez was part of a case of spies swap, an agreement between the governments of Russia and the United States, which the White House has acknowledge it knew since February 2010, months before the arrests.

– Vicky Pelaez was incriminated by her own fake husband in Court. Did she know that he was a Russian agent? I don’t know, but her children even today insist they had no idea.

– Vicky Pelaez is the only non Russian of the group, she has never hidden any information about her professional life, and she was very open about her ideas and whereabouts. She was pushed into this case perhaps because she was married to “Juan Lazaro” and yes, because she is a leftist, honest journalist writing against the U.S. foreign policies.

– Vicky Pelaez had two choices here: fighting to prove her innocence in a costly and long process, where most likely she was going to be declared guilty by a jury of scared citizens who wouldn’t dare to contest the FBI allegations. Or she had to declare herself guilty and leave the U.S. to another country where she knows nobody.

-Vicky Pelaez took the offer. Russia is paying because they needed her to comply with the spy swap agreement, which violated the independence of the Judiciary and Executive powers in the U.S. or confirmed that such thing is not absolute.

– Vicky Pelaez readership was not limited to New York City, her articles were posted online through Latin America and Europe, and she wrote for several leftist publications in many countries.

– All private information about how Vicky Pelaez lived, her finances, how her fake husband paid for his school tuition, and any other matter regarding Pelaez income, all of that are not of my concern. My post is focusing on the trial and the accusations of the FBI that she was an agent working for Russia.

– Now Vicky Pelaez has lost it all at age 55, her family, career, reputation, and perhaps even her mental stability. Who knows what she went thru in that Brooklyn federal prison? What is her future now in Russia? Even if she returns to Peru, her life wont’ be easy. In Peru the pro-U.S.media is already attacking her and the Peruvian government has decided to remain silence in the case.

– Perhaps one day Vicky Pelaez will be able to speak the truth. But according to sources, the FBI is forbidden her from publishing any information about his case.

Among the 10 people arrested by the FBI last week, accused of spying for Russia or “working for a foreign government without reporting to the U.S. Attorney General” and of “money laundering” are a couple of parents and scholars, known for their activism and community work among  Latinos in New York.

Journalist and author Vicky Pelaez and her husband Juan Lazaro, a former college professor, had a regular life in their suburban home of Yonkers, New York with their two sons. But now the F.B.I. is accusing the couple of being Russian spies.

Some news reports state that Juan Lazaro has already declared to the FBI that he is in fact a Russian-born spy and that he has another true identity. However, this hasn’t been officially confirmed yet.

This afternoon I interviewed Carlos Moreno the defense attorney for Vicky Pelaez, and he confirmed that Pelaez is "totally innocent of all charges". Moreno also said that Juan Lazaro has not stated that he is a spy for Russia, as the media is saying.

“All we are asking for is for fairness, we don’t want people to rush to judgment about Vicky or Juan, let’s wait until all the evidence is in, let’s wait for the evidence.” said Carlos Moreno in his office in Manhattan.

Meanwhile, Vicky Pelaez has insisted on her innocence during their testimony yesterday at the U.S. District Court in Manhattan, and she is not alone. Carlos Moreno says that he was extremely surprised to see so many supporters of Pelaez, so many that an extra Court room was opened to allow them to witness the process.

The response of the community has been very positive, outside the Court building about 30 people gathered yesterday to show their support for Pelaez, a well known journalist and activist popular among Latinos, especially immigrants, because of her weekly column for the El Diario de NY, the most popular printed newspaper in the U.S. for Spanish speakers.

In her column, Vicky Pelaez discusses social issues and has taken a stand as a supporter of socialist governments in Latin America, including Cuba, Venezuela and Bolivia, and against the U.S. wars in Iraq and Afghanistan. Her articles also advocate for the rights of Indigenous peoples and undocumented immigrants in the U.S. while criticizing the foreign policies of the U.S. in Latin America.

Because of her political ideas and activism, most of Pelaez friends and supporters believe that she is the subject of political persecution, that she is completely innocent. After my conversation with attorney Moreno, I also consider that this case is extremely ridiculous and bizarre.

Reading the FBI indictment, the “evidence” presented lacks of details or specific information about what exactly Pelaez has done in order to be accused. Sounds of “clicks” during phone conversations, a meeting in a park in “a South American country” and regular conversations probably lost in translation, are what the federal investigators consider proof of Pelaez and Lazaro being spies.

Whoever thought of Pelaez as a spy has ignored the fact that she has a very public profile, she is open about her ideas, whereabouts and activities and maybe because of that, she is considered a political target for extreme right-wing groups in Latin America and the United States.

Born in the city of Cusco, in the Andes of Peru, Vicky Pelaez left Peru about two decades ago, after she was kidnapped by the MRTA leftist guerrilla group and then released. Some rivals accused her of having connections with the MRTA and the Maoist group Sendero Luminoso. Pelaez was granted political asylum in the U.S. where she started writing for El Diario.

Carlos Moreno and NYC-based human rights activist Tatiana Bejar told me that during yesterday’s Court session, Pelaez seemed shocked and upset, but strong spirited. After paying $10,000 dollars –collected by friends and relatives- Pelaez will be released on Tuesday July 5th, and she has been ordered house arrest with electronic devices to be attached to her body. In other words, she is still a suspect.

So far, the FBI hasn’t been able to prove much on the case of Vicky Pelaez, while her husband Juan Lazaro’s attorney demanded more time to complete the defense. Attorney Moreno says that when the Judge in charge ordered house arrest, the U.S. government attorneys protested, but they couldn’t prove any evidence to the Court, whatsover.

"There is not a single evidence in this case, which is very weak," insisted Moreno, adding that it might take two to three years to get a final veredict, which he is confident will prove Pelaez innocence. However, he says there is a possibility also that she can be found guilty, due to the extreme political pressure surrounding the case.

Moreno dennounced that the Obama administration has remained silent, as well as all the human rights organizations working in the U.S. as well as journalist and freedom of press watchdog groups. He says this is because "no one wants to be perceived as enemy of the U.S. government at this point."

Carlos Moreno says he is highly suspicious of the evidence presented in all the 11 cases of the people accused of being spies. Also Moreno said this case is “not being treated fairly” by the media in the U.S. and in Latin America, for instance Vicky Pelaez has not being convicted of being a spy as the media said.

Also Moreno insisted that Juan Lazaro hasn’t made any confession about being a spy, and that many news headlines make Vicky Pelaez look like an enemy of the U.S. or a “Cuba supporter”.

Considering the lack of evidence -of all the 11 accused individuals- no one seems to knows exactly what is really happening here. The government of Russia has demanded information about the case, denying the accused are spying for their government.

Also, the Embassy of Peru in Washington, DC, has remained silent in public but Peruvian president Alan Garcia declared yesterday –after public pressure in Peru- that his government will monitor the case. The Consul of Peru in New York, José Augusto Tenorio has said that he was shocked by Pelaez arrest “she is a respected journalist even if I don’t agree with her political views” added. He also attended the Court session yesterday.

Meanwhile, not a single journalists advocate organization have declared their support or demanded justice for Vicky Pelaez, including those who claim that leftist governments in Latin America are repressing the freedom of speech. Tatiana Bejar says this is logical, considering that most of those groups are financed by the U.S. “they can’t criticize their boss”.

The response of the media is similar. In the U.S. and Latin America, especially in Peru, Vicky Pelaez is presented as a "radical leftist" who dared to write in support of popular leaders like Fidel Castro or Hugo Chavez. These reports make it seem that is actually a crime to be a leftist.

In this case, we are witnessing how the FBI is acting independently from the Executive power. After attempts of the Obama administration to establish a closer and peaceful relation with the government of the Russian Federation, while president Mendeved visited Washington, DC, some interest groups weren’t too happy.

Bejar says that she believes the pro-war extreme right-wing groups in the U.S. are behind this spy scandal. After all, if there are no wars and international conflicts, there is no need for funding the armament and military industries, at least not as much.

I asked again if this could be a case of political persecution. “I actually believe that is the case, and she believes that is the case," responded attorney Moreno. "When I first met Vicky I asked her: if you are innocent why the U.S. government would bring this charges against you.” Vicky Pelaez believes that her criticism against the U.S. policies have converted her in a target for many people “that are very angry” at her political views.

What is the future for Vicky Pelaez and her family including her two young sons? That is something yet to be defined, but regardless of the final Court ruling, the lives of this family have been already affected forever.

Carlos Moreno said to me that Vicky Pelaez is feeling a lot of better now that she will be able to come out and defend herself –unlike the other accused individuals- “She intends to carry on with her life, continue writing her column for El Diario, unless [that newspaper] decides otherwise, she will continue to do what she is being doing for the past 20 years, which is being a journalist.”

Now, if the FBI can’t prove that Pelaez actually committed any crime or that she is a spy working for Russia, this can become an embarrassing case leading to lawsuits, and another shameful page of the controversial federal agency.