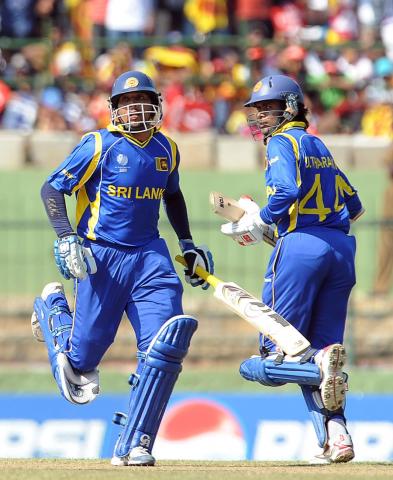 With this victory Sri Lanka has been qualified for the  Quarter Finals in the World Cup by earning 7 points from 5 matches they have played withing Group A.After won the toss Zimbabwean Captain Elton Chigumbura put Sri Lankan’s  in to bat first and Sri Lankans scored 327 runs for the loss of 6 wickets with openers Thilakaratne Dilshan and Upul Tharanga put a recordable opening stand of 282 runs for the first wicket which is a ICC World Cup Record..Dilshan has scored 144 runs and Tharanga  scored 133 runs.

By replying the Zimbabweans open their run chase with a valuable 106 run opening stand.With the  help of poor fielding and dropped catches by some of the Sri Lankan Cricketers.Zimbabweans managed to reach 188 runs before  Sri Lankan veteran Off Spinner Mutthaia Muralideran ,Thilkaratne Dilshan and Angelo Mathews turned the match in favor of Sri Lankans by collecting wickets in regular intervals.Dilshan is the pick of the bowlers by getting 4 wickets for just 4 runs supported by Muralideran and Mathews who got 3 and 2 wickets respectively.

Thilakaratne Dilshan was adjudged as the Man of the Match for his brilliant all round performance with bat and ball. Sri Lankan team has recorded 3 wins in their 5 matches played so far and lost to Pakistan and tie a game with Australia which was abandoned last week due to the bad weather.