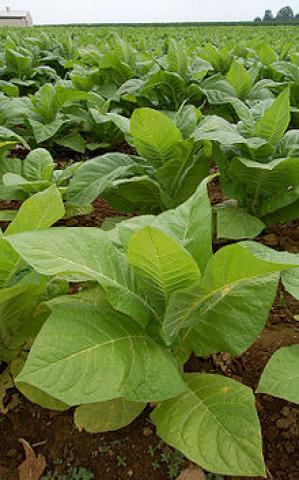 In a bid to discourage Tobacco Cultivation Agriculture Minister Mahinda Yapa Abeywardena has said today that the Government has  requested all farmers in the Country to refrain from cultivating Tobacco and instead grow more fruits and vegetables to increase the food crops.

Earlier government has announced that the prices of vegetables and fruits may goes up due to the recent flooding in many parts of the country.Even One Minister has Ordered the people in his electorate not to buy or sell certain vegetable crops like tomatoes,ladys fingers,snake guard instead grow these crops in back yards of the houses to face a possible future hike in vegetable prices.