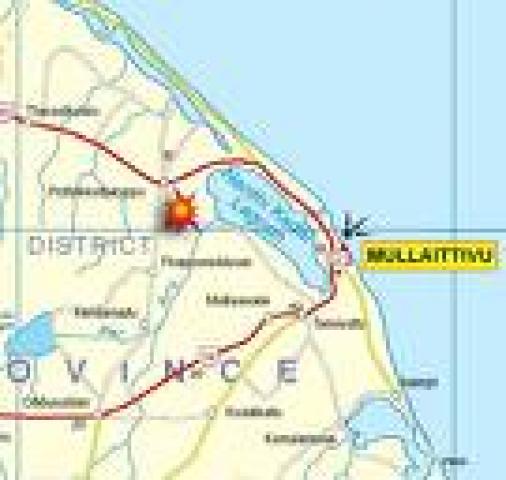 Sri Lankan Ground Troops who are heading to capture the last LTTE stronghold of Puthukkuduyirippu today captured the Main Hospital in the Area.No Patients or Staff were there inside the Puthukkuduyirippu Hospital when it captured Security Sources said.

However LTTE Rebels launched an artillary attack against the Forces and Currently ground troops are engaged in  heavy fighting with the rebels sources further added.Forces captured the Puthukkuduyirippu Junction Area last weak.

Filed under: Politics, World
Share Tweet Pin G Plus Email
previous article: If your date of birth is 5th/ 14th/ 23rd then this blog is for you
next article: Arnel gets Black Caps recall