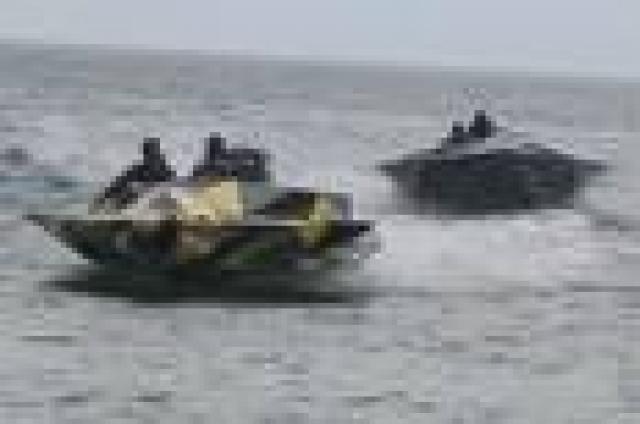 Large Number of Attacking Crafts of LTTE came to assist the Suicide Boats  went missing  after the  Navy attack.

The fighting erupted from 9 P.M last night when the Navy witnessed two Sea Tiger Boats entering to the sea from  Coastal Area of the No Fire  Zone.Fighting lasted till 4 A.M this morning according to the Security Sources.The Four Sea Tiger Boats were exploded and the exact number of LTTE Casualties are not known so far Sources added.