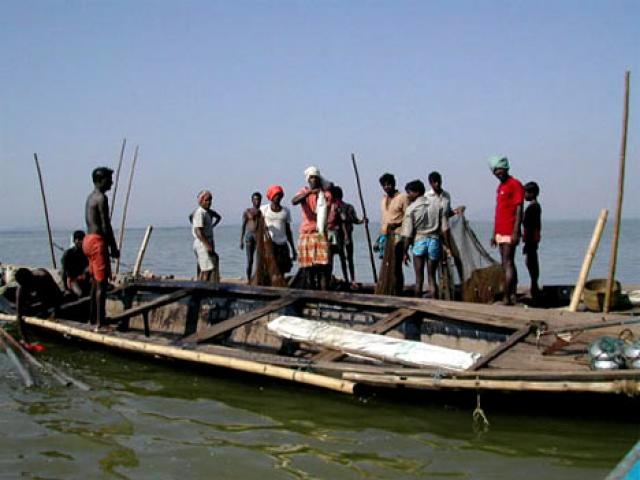 Sri Lankan Police have arrested another 24 Indian Fishermen who were illegally entered in to Sri Lankan waters a day after arresting a group of 112 Indian Fishermen who had done the same act.The latest arrest was made after local fishermen apprehended them along with their seven boats and handed over them to the police in Illawalai Police in Northern Jaffna.

A group of 112 Indian Fishermen who entered the Sri Lankan Waters for fishing Illegaly were apprehended by the local fisherman on Tuesday and handed over them to the Point Pedro Police in Northern Sri Lanka.They were later jailed for two weeks by the local district court while ordering to keep  their trawlers as well.

There is a sharp increase in the  number of Indian Fishermen entering to Sri Lankan Waters from Tamil Nadu since few weeks back and India last month accused that the Sri Lankan Navy had killed two of their fishermen.