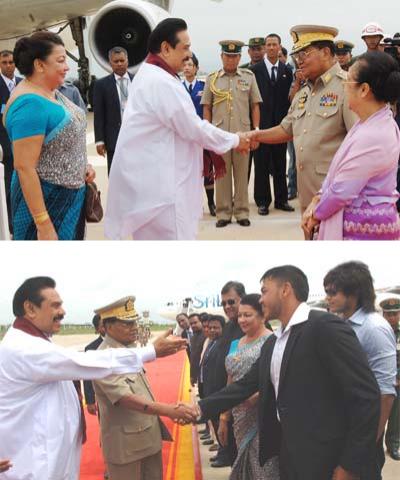 President and his Company were received at the Nyi Pyi Taw Air Port by the Chairman of State Peace and Development Council of  the State Of Myanmar Senior General Than Shwe.

During the Talks with Myanmar Leaders Sri Lankan President thanked them for the Support given during the Battle against LTTE Rebels.