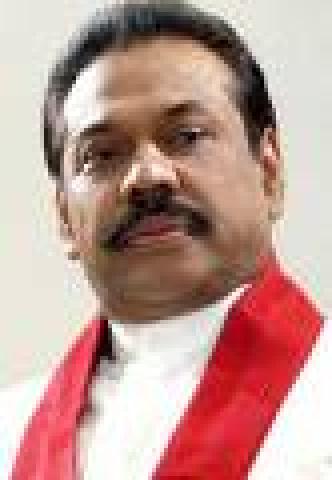 Sri Lankan President Mahinda Rajapaksha today made a surprise visit to  once the "De Facto Capital "of  the LTTE, Kilinochchi Town situated in the Northern Sri Lanka.He visited the House formely belongs to LTTE Leader Valupillai Prabhakaran,The Court House of the LTTE and the Peace Secretariat situated in the town and encouaraged the troops gathered to greet him.

He also witnessed the captured Missiles ,Bombs and War Tanks used by the LTTE.

As the Chief Commander of the Security Forces this is the first occasion that a Sri Lankan Presiden visited the North since  the war between Government Forces and the LTTE broke out Twenty Five years ago.Armed Forces captured Kilinochchi on 02nd of January this year.