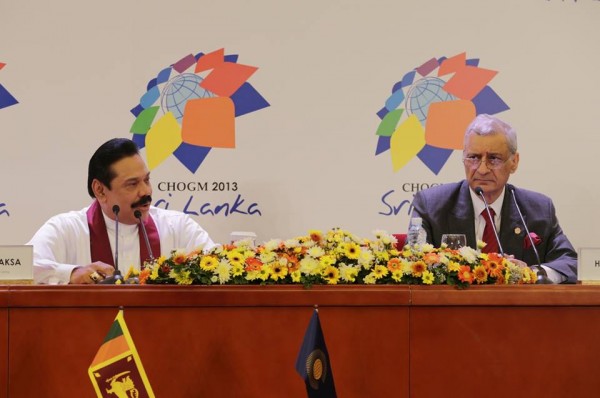 As postwar reconciliation process in the country has already began, Sri Lanka will not bow to any International Pressure like British Premier has stated and would complete it’s own inquiries in it’s own time Sri Lankan president Mahinda Rajapaksha has said this evening.president has also requested British Prime Minister David Cameron not to dictate him as he is not ready to take orders from others.

Addressing a press briefing at BMICH this evening after conclusion of three day Commonwealth Heads Of Government Meeting Sri Lanakan President has said that as a country which has 2500 year old culture and legal system Sri Lanka is having a law enforcement process to address any issue.

Responding to the British Premier’s comment on giving Sri Lanka till next march to establish a credible mechanism to investigate on alleged war crimes president has stressed that is not something a country can do overnight and therefor they should respect our own views without pushing us in to a corner .”The postwar reconciliation process is not something one can start today and finished tomorrow.it has to built slowly ” he said. 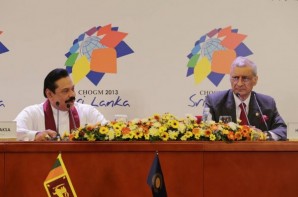