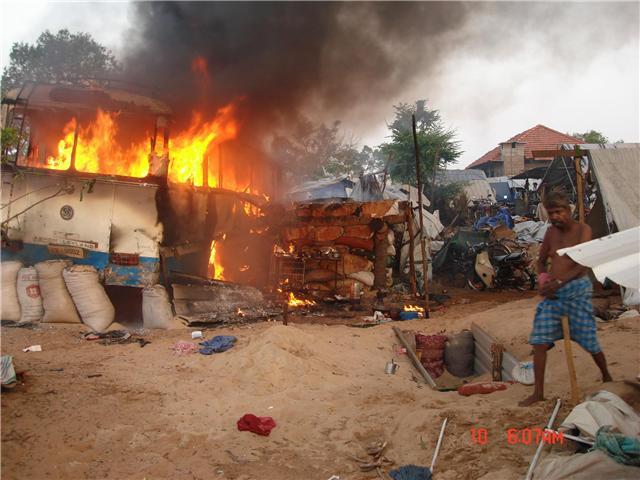 The New Safe Zone in Mulativue District of Northern Sri Lanka Came under Shell Attack today killing around 300 Civilians in the Zone according to the News Sources.

Sri Lankan Army and the LTTE blaming each other over the attack and Army says that  they are not using heavy weapons for the current offensives against LTTE in the Safe Zone  since two weeks.There are also reports that LTTE Cadres wearing Civilian Uniforms launched attacks by staying among the Civilians.