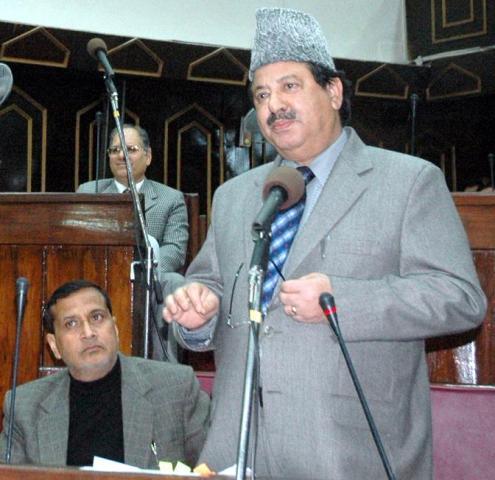 , March 3 (Scoop News) – Minister for School Education, Peerzada Mohammad Sayeed informed the House that SRO-123 of 2010 is being strictly implemented to end the high handedness of private schools in the State particularly in raising fee, transport and admission charges.

Replying to a question by  B. R. Kundal. He said 201 primary schools and 246 middle schools have been granted recognition / permission / extension as per the criteria fixed by the Government under SRO-123.

The Minister said every dimension is being to be checked by the inspection teams while giving clearance for registration. He said to incorporate the suggestions of parents and respectable citizens, directions had been passed to managing committees of private schools to convene a meeting in every three months during the academic calendar year.

Replying to another question by Sheikh Ghulam Rasool, the Education Minister said 37 posts of teachers have become available due to retirement in Ganderbal district which will be referred to SSRB shortly.

Minister for School Education, Peerzada Mohammad Sayeed has said that more mobile schools will be opened if Gujjar and Bakerwal Advisory Committee recommends for the same to the Government.

He was replying to a question by  Nizam-ud-Din Khatana in Legislative Council today. The Minister said that the Government is committed to raise the educational standard of Gujjar and Bakerwal community for which 291 mobile schools are functional in the State, out of these 217 are stationary and 74 schools are mobile. He said in addition to this, there are 474 seasonal camps which cater to the Gujjar, Bakerwal and nomads children population.

Replying to the supplementaries by  Altaf Ahmad Wani,  Ajay Sadhotra, Mohammad Rashid Qureshi and Syed Mohammad Rafiq Shah, the Minister said that under SSA, every km a new schools is to be opened which cover all the habitations of Gujjar and Bakerwal community in the State.