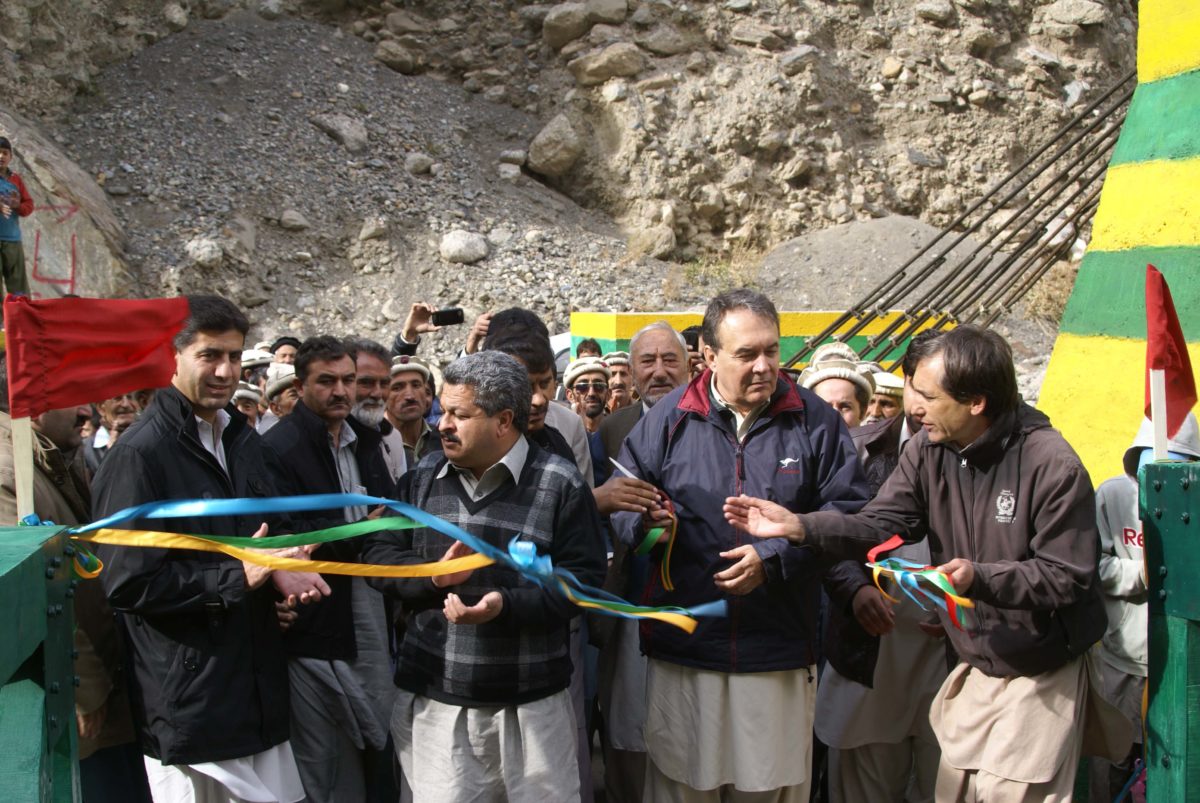 CHITRAL:  Sarhad Rural Support Program (SRSP) completed another jeep able bridge at  Sarghuz at upper Chitral some 120 KM from here  to connect the area with Mastuj which  is also alternative route of Shandor  and Gilgit. Chief executive officer of SRSP Shahzada Masoodul Mulk was chief guest on the occasion who cut the ribbon of newly constructed bridge on the occasion of its inauguration ceremony. In this connection a function was also held at Sarghuz village under the chair of Imaduddin social worker of the area.

Addressing to the ceremony elites of the area said that Sarghuz Bridge was damaged in 2009 by falling over a rock on the bridge. Its wreckage were lying for 3 months but not collected by C&W department as a result its material were washed away by flood.  They said that residents of the area requested Communication and works department time and again for re-construction of the bridge but they took no action on their  plea. At last they approached SRSP and they accepted their request for re-construction of the bridge. Earlier that people of the area were faced to travel through a long route via Mastuj to Booni and Chitral but now they can reach their destination easily they added.

They thanked SRSP for constructing of this bridge which was long awaited demand of people of the area.

Some female representative of the local community demanded for construction of hydro power house and road  of the valley. They said that Sarghuz area are still deprived from electricity and its road is in a very dangerous condition.

Addressing on the occasion chief executive officer of SRSP Shahzada Masoodul Mulk stressed upon the local people to declare some principles and terms  for protection of this bridge. He assured that SRSP will construct a big power house in this area for which they already trying of their best. He assured local people for rendering them maximum facilities as possible according to their policy.

Talking to this scribe some women folk of the area revealed that there is no school, college, hospital even a simple dispensary in Sarghuz area and they compelled to go Mastuj or Booni which take a long time. Some sick women when they are being shifting to hospital during their delivery expire before reaching hospital due to dilapidated condition of the road they added. Local people demanded from the government for construction of school, college, hospital and black top road in this area.

A local contractor Jandoola Khan Ayuni told this scribe that if this bridge was constructing by communication and works department they must show its estimate more than more than 15 million but SRSP completed it only with a cost of 6.4 million. 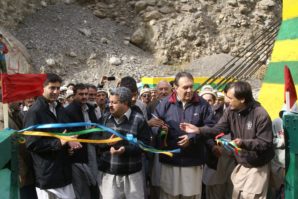