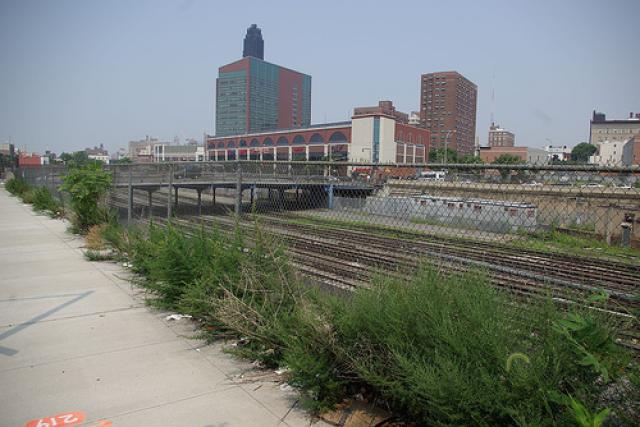 A New York State Agency, the Empire State Development Corporation, (ESDC) has reaffirmed its approval of the Atlantic Yards corporate welfare eminent domain scheme in New York City. http://www.nolandgrab.org/archives/2009/09/ny_post_net_gai.html  This project by Bruce Ratner and ForestCityRatner will build a sports arena, residential and commercial housing in  the New York City borough (county) of Brooklyn.  The Nets basketball team to operate there is owned by Bruce Ratner.

This should come as no suprise. The entire function of the Empire State Development Corporation is to facilitate these schemes to transfer taxpayer money and the property belonging to private owners to the developers favored by the ESDC.   What these schemes amount to is legalized theft.  Looking for justice at the ESDC is a fool’s errand.  The Empire State Development Corporation’s reason for being is to violate the property rights of New Yorkers and in violation of the New York State Constitution’s prohibition on loans or grants of monies to corporations other than mental health or educational corporations.   Stop The Pork Lawsuit Butchered In Supreme Court http://groundreport.com/articles.php?id=2890386

The Atlantic Yards land grab must be stopped. Libertarians like myself call for an end to sports welfare, corporate welfare and eminent domain abuse.  A good first step would be abolition of the Empire State Development Corporation.  -30-

Readers can help the legal defense of property owners and tenants, business and residential, threatened by the Atlantic Yards project by contributing to our team in the DDDB (Develop, Don’t Destroy Brooklyn) Walkathon to be held October 17th. http://tinyurl.com/LPdddbTeamPage2009

ACORN is in the news now.  They have supported Ratner’s Atlantic Yards project and received financial support from Ratner.  groundreport.com/articles.php?id=2907023

ACORN Affiliate Given Taxpayer Funds From Candidates It Supported http://

Filed under: Politics, US
Share Tweet Pin G Plus Email
previous article: How Can Companies Positively Impact Human Rights Around The World?
next article: Mexico: Shooting at Balderas Metro Station