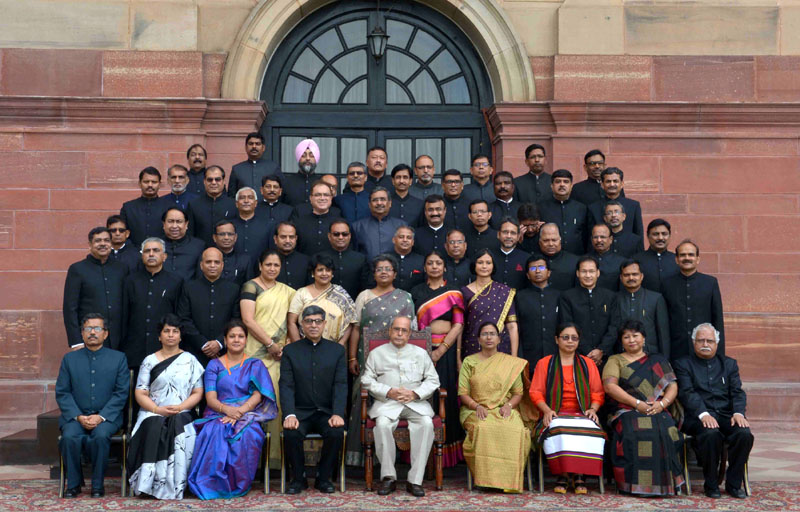 The President, Mr. Pranab Mukherjee with the officer trainees, at the 118th induction training programme for State Civil Service Officers promoted to the IAS, at Lal Bahadur Shastri National Academy of Administration, Mussoorie, at Rashtrapati Bhavan, in New Delhi on September 03, 2016.

Speaking on the occasion, the President said that welfare of the people is the primary objective of the civil services. He told officers that as civil servants, they should keep in mind that they are in public service and should take responsibility of servicing the billion plus people of India. While the political regime may change on the basis of the verdict of the people, the structure of the civil services is permanent. This ensures the continuity of the governing process. The President also stressed the important role played by civil servants in the making of modern India.