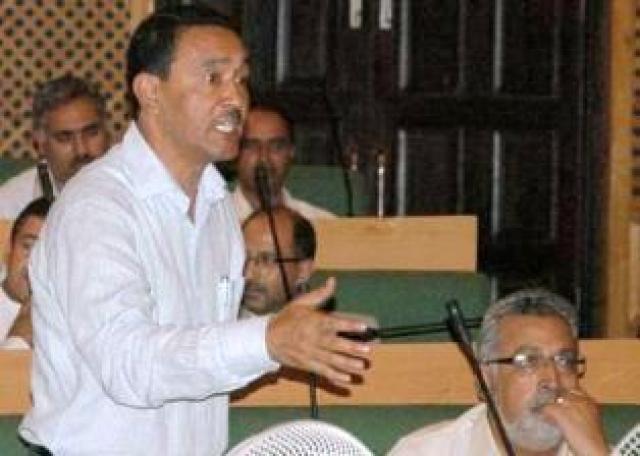 Srinagar, August 28 (Vijay Kumar) – Minister for Tourism and Culture, Nawang Rigzin Jora on the behalf of Power Minister today in Legislative Assembly while replying to the supplementaries said,the state hydel electric policy is being revised to ensure harnessing of optimum power potential in the state. The documents in this regard are under examination of the consultants.

Jora said that NHPC has agreed to enhance 1% power quota for local area development in addition to 12% power provided to State from various power projects under its control.

He said that under state hydel policy 10 projects have been awarded to various IPPS in Phase-I out of which one has been commissioned and others are in various stages of implementation.

Mr. Jora said tenders for 18 power projects under Phase-II of the IPPS programme are being re-tendered. He said power projects of 2100 MW capacity are being executed in Joint venture by JKSPDC and NHPC.

In reply to main question of M. Y. Tarigami, the Minister informed the House that JKSDPC has drawn a comprehensive plan for harnessing the identified potential in phases, subject to availability of resources.

The Minister said that at present 12 percent free power is available to the state out of the projects being implemented by NHPC. He said the State has been exploring various option to increase its share of free power.

Mr. Jora said that state is deficit in power throughout the year. But in order to reduce the hardships faced by the state during severe winter when we have more deficit than in summers, power is banked from various states and agencies in summers and retrieved back during winters when hydel power depletes and schedule decreases.

The Minister said it is pertinent to mention here that APDRP scheme was formulated on system requirement basis rather than constituency basis. He said in Kulgam Assembly constituency under APDRP electric works to the tune of Rs. 3.88 crore have been done which includes re-conductoring of 5.0 kms of 33KV line, creation of 34.43 kms new HT lines, improvement of 38.87 kms HT and LT lines, creation of 72 new sub-stations and renovation and modernization of 33 distribution sub-stations.