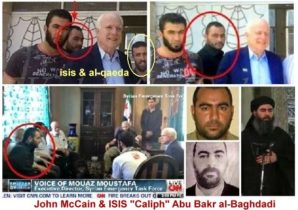 “It is outrageous that, while the cries of moderate Syrian forces for greater U.S. assistance fall on deaf ears in the White House, President Obama is apparently urging Ayatollah Khamenei to join the fight against ISIS. This is the same Iranian regime that has been complicit in the rise of ISIS by pushing a violent sectarian agenda throughout the Middle East — backing radical Shia militias and politicians in Iraq, doing everything in its power to aid the killing machine of Bashar al-Assad in Syria, arming Hamas terrorists with advanced rockets in Gaza, and orchestrating Hezbollah’s dispatch of thousands of fighters from Lebanon into Syria.

“The Administration needs to understand that this Iranian regime cares more about trying to weaken America and push us out of the Middle East than cooperating with us. Until we recognize that reality, and formulate a regional strategy to counter the Iranian regime’s malign influence, we will continue to harm U.S. national security interests, as well as our relationships with our closest regional allies and partners, in pursuit of the illusory goal of rapprochement with the current Iranian leadership. The consequences of this ill-conceived bargain would destroy the Syrians’ last best chance to live in freedom from the brutal Assad regime.”

Note: Senator McCain doesn’t apparently realize that it was the US that helped train and arm many ISIS fighters in secret camps in Jordan to begin with.