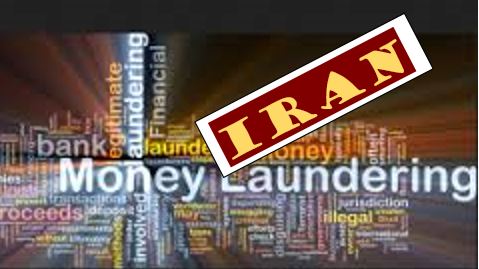 While Iran yearns to witness the economic boom it is seeking following the nuclear deal sealed with the international community to curb their ambitions, the mullahs in Tehran are now demanding further concessions, far more than anything considered in the agreement, while pledging nothing in return. A bete noire, the Supreme Leader Ali Khamenei is dismayed, specifically demanding the United States to drop all sanctions imposed to restrict Iran from channeling billions to terrorism and dangerous weapons, and to ultimately have Iran gain access to the main prize: the U.S. financial system. Iran is seeking to join the neighborhood where the majority of the international community does business. This is exactly what the mullahs should be denied.

Senior U.S. officials have refuted any intention to provide Iran direct reach to the U.S. dollar. What is lacking, however, are explicit remarks that shut routes available to Iran to gain access to the U.S. finance system through clearinghouses abroad. Simply put, Iran would can continue galvanizing its money-laundering activities as Washington simply looks the other way.

This is a very concerning U-turn taken by the Obama administration from the position they adopted merely a few months ago. When attempting to convince the American people and Congress to jump on the nuclear bandwagon, the administration had time and again emphasized to lawmakers that key sanctions focusing on Iran’s terrorism, ballistic missile program and human rights violations would remain intact and in fact enforced quite vigorously.

In his testimony before Congress last summer, U.S. Treasury Secretary Jack Lew pledged Iran’s banks would be blocked from clearing U.S. currency through New York, banned from establishing vital relations with U.S. financial institutions and stopped from establishing financing arrangement with the U.S. banking network. As made crystal clear by the secretary, Iran will remain deprived of access to the largest financial and commercial market in the world.

However, when faced with new questioning in a recent House hearing Lew failed to provide any clear answers. This is yet another sign in a long series of patterns of seemingly endless concessions aimed at preserving the Iran nuclear deal, and ultimately Obama’s face, apparently associated completely to an agreement with the terrorist-supporting mullahs. In the past few months, the White House has imposed a minimum number of sanctions on Iran’s ballistic missile program, despite Tehran having the temerity to launch back-to-back missiles in March. Not to mention Iran writing “Israel must be wiped off the face of the earth” on its missile fuselage. The Obama administration has also taken major steps to impose a new law to loosen the visa waiver program in an attempt to actually please the Iranian regime. This is at a time when the world is focused on preventing terrorists from roaming through borders freely, and the Iranian regime is the mentor of all terrorists.

Tehran claims to seek a final end to all sanctions, and of course gaining further access to the global financial network to jumpstart its plagued economy. Although, states seeking to absorb investment from abroad should of course refrain from sending billions to a conglomerate of terrorist groups throughout the Middle East, while pushing a drive to obtain nuclear-capable ballistic missiles. Such countries should, by the way, refrain from threatening to annihilate their neighbors.

Providing an aggressive Iran access to the U.S. financial system raises major anxieties and spikes the threat level for not just America, but others across the globe. The Financial Action Task Force, a body consisting of around 40 countries, issued a warning saying it is “exceptionally concerned about Iran’s failure to address the risk of terrorist financing” and the serious risk this poses to the global financial network. U.S. lawmakers, Republicans and Democrats alike, should join force to impose severe legal prohibitions and prevent Iran from getting hold of benefits through the U.S. market.

Unfortunately, Iran has seen how the White House is bending over backwards to safeguard the nuclear deal, and it is determined on taking all the possible advantages. Washington should not question the efficacy of sanctions against Iran, and cannot succumb to such demands as Iran attempts to plug holes in the sanctions regime. It is up to Congress to convey a crystal clear message to Tehran that until the mullahs bring an end to their illicit ballistic missile program and investing billions in terrorism and meddling, they can completely forget the sheer thought of receiving any benefits through relieved sanctions.