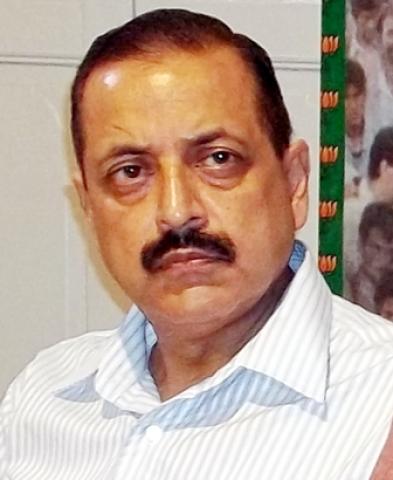 Srinagar, October 29 (Scoop News) –  Warning the state coalition leadership against indulging in dangerous politics  in the name of Army, the BJP National Executive Member & Chief Spokesperson Dr. Jitendra Singh  has lashed out at the National Conference and Congress leaders for stooping down to worst-ever  war of words which amounts to sedition against nation and sacrilege against armed forces.

Dr. Jitendra Singh said that Army is there on deployment in the State  not by its own choice but because the NC led government felt the security compulsion of continuing with "Disturbed Areas Act" (DAA). The "Armed Forces Special Powers Act" (AFSPA) serves as a protective mechanism for the army and security personnel who are called in by the civilian administration to maintain peace in the “disturbed areas”, he reminded and alleged that the Chief Minister wants to have the cake and eat it too by tacitly keeping himself secure by having the armed forces at his beck and call but simultaneously seeking to appease the separatist constituency by projecting himself as a crusader against AFSPA.

Dr. Jitendra Singh again reiterated that as a more visible Confidence Building Measure (CBM), the chief minister would be better advised to lower the level and category of personal security cover provided to him and his colleagues.

Dr. Jitendra Singh also lambasted the Congress-led UPA government for creating all the mess and confusion over Jammu and Kashmir and said the Union Home Minister P. Chidambaram  owes an explanation to the nation for his irresponsible statements from time to time and his assurance to J&K Chief Minister about revocation  of AFSPA even before evolving a consensus  on the issue.

Dr. Jitendra Singh stressed that any decision regarding AFSPA  must primarily take into cognizance the concerns of defence and security agencies and at the same time also keep the national perspective in mind.