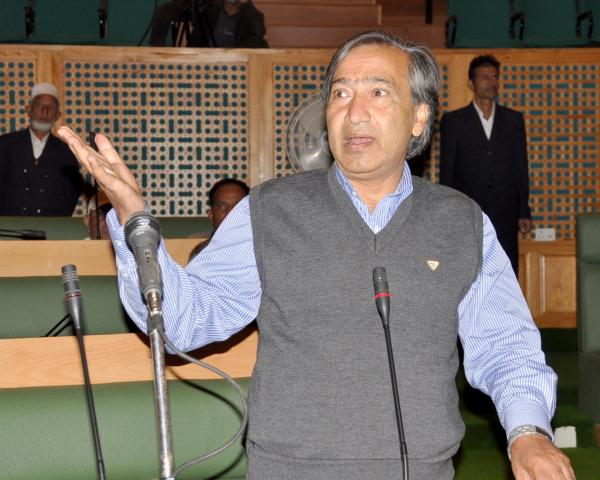 , September 30 (Scoop News) -Stating that putting tab on the cycle of violence is the collective responsibility of all, MLA Kulgam  M.Y. Tarigami has said that no legislator irrespective of his political affiliations can absolve himself of his responsibility to bring peace and normalcy in the State.

Both government and opposition have equal stakes in ending misery and unrest in the State, he observed.

Participating in the obituary motion,  Tarigami paid rich tributes to the departed leaders, parliamentarians, legislators and those people who lost their lives in the Valley unrest and cloud burst in Ladakh.

Tarigami pleaded for stopping politicking on the civilian deaths. He said “Instead of making accusations, all of us must debate and suggest how we can protect life and property of our people. We need to protect our children and secure their future rather than scoring political scores  on the floor of the House”.

Tarigami said that the people have elected their representatives with enthusiasm and they look forward to the legislators to help them bring development, peace and above all security and end disillusionment in the States’ youth.