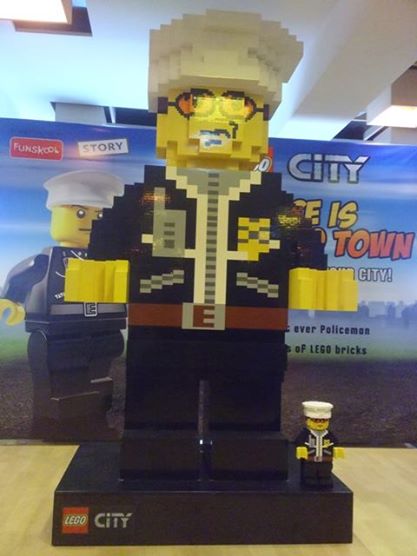 Children can learn a lot through playing and group activities, it has been scientifically argued; when a child gets involved in a combined activity it helps him understand the moral values of sharing, co-ordination, tolerance and pushes him to maximize intelligence and imagination. To inspire parents help their children learn such values, STORY, a brand new Book Store set on a sprawling 15,000 sq ft invited the very challenging Lego team to Kolkata and organized a two days fun- filled workshop that required children build a life size, i.e. six feet tall Lego Policeman with lego cubicles. 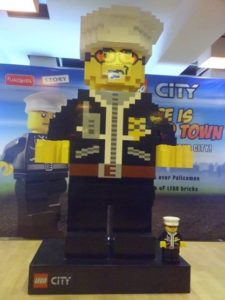 Commissioner of Police, Shri Surajit Kar Purkayastha along with ace Bengali vocalist Ms Usha Uthup were present along with the children at this challenging game of blocks, this weekend, 30 and 31 August 2014.

An initiative by Funskool (India) Ltd, Lego, meaning ‘Play well’, is a game of building blocks and Story for the second time plays host to a major Lego event. The 6 feet tall Police has been built in a span of two days. Children from the age group of 5 to 15 years participated in this initiative.

“LEGO building bricks are hard plastic construction blocks which comes in many shapes and forms. Our first attempt of Lego Duplo was a huge hit among kids so we thought of doing something as grand as well as different this time. This game provides a grand building experience for the whole family in a fun & creative manner. It is hugely engaging and helps widen imaginative skills of kids. We are extremely happy to have our honorary Commissioner of Police, Shri Surajit Kar Purkayastha along with our dear Usha Di amongst us today”, said Mr Sidharth Pansari, Managing Director Primarc Projects Pvt Ltd and Chief STORYteller, STORY, a Primarc initiative. 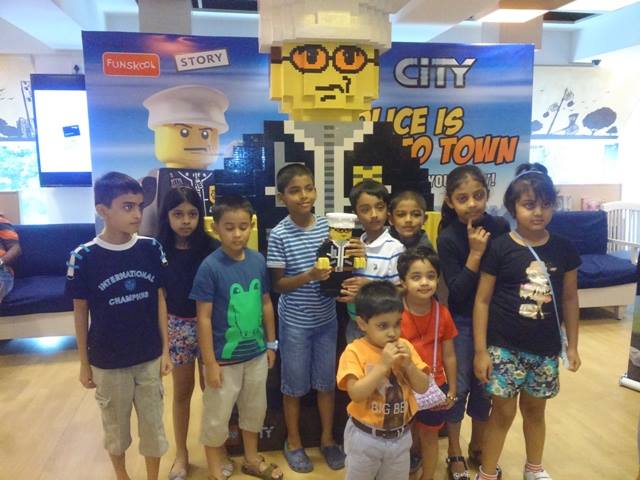 Initially launched in 1969, the Lego has gone on to include sets with figures, cars, houses and trains. This competition pushes children to use their creative and imaginative skills to build whatever they want to. It is definitely a hands-on logical problem solving tool. In the long run it helps inculcate in children determination, perseverance, self esteem and confidence. Funskool (India) Ltd., India’s largest toy company has attained the exclusive national distribution rights from LEGO Group to distribute the complete range of LEGO toys in India from April, 2010 onward.