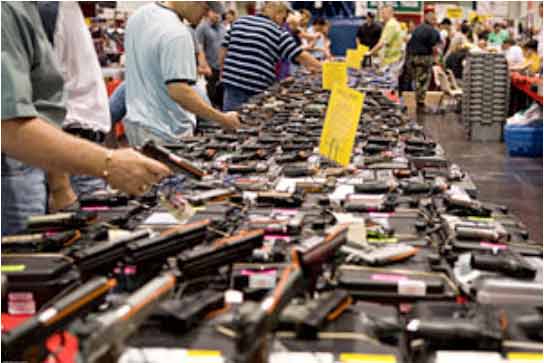 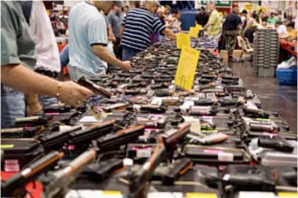 Contained in the pages of a Senate Report dealing with the illegal trafficking of firearms, I was surprised by the pervasive problem of so called “straw purchasers”, who play a major role in firearms trafficking in the United States.

Straw purchases can be illegal in the U.S. when made at a federally licensed firearm dealership.

If the straw purchaser of the firearm lies about the identity of the ultimate possessor of the firearm, he can be charged with making false statements on a federal Firearm Transaction Record.

See article: The straw purchasers: Don’t let this happen to you http://www.suntimes.com/news/crime/14616191-418/the-straw-purchasers-dont-let-this-happen-to-you.html

The most common criminal statutes used to charge straw purchasers do not specifically prohibit buying a firearm on behalf of another. Rather, they prohibit making material false statements in connection with the purchase of a firearm from an FFL.

Currently there is no Federal criminal statute that specifically criminalizes the conduct of straw purchasing or gun trafficking.

According to the Senate Report:

“Individuals known as “straw purchasers’ play key roles in many firearms trafficking operations. Straw purchasers are typically individuals without a criminal record who buy firearms for drug dealers, violent criminals, or other prohibited persons, sometimes for payment in money or drugs.”

“Straw purchasers are often friends, relatives, spouses, or partners of firearms traffickers. Straw purchasers usually acquire a relatively small number of firearms in each transaction, which helps to circumvent the background check requirements of Federal law. Firearms traffickers then sell and re-sell illegally obtained guns and transport them across state lines, contributing to the gun violence in our communities and along our borders”, the report notes.

“Straw purchasing is common. In a 2011 survey of Federally licensed firearms dealers and pawn brokers, known as Federal Firearms Licensees (FFLs), over 67 percent reported experiencing at least one attempted straw purchase in the preceding year, and almost 10 percent reported monthly attempts”, according to the report.

In the 46 percent of ATF trafficking investigations initiated between July 1996 and December 1998, straw purchasers were the source of the trafficked firearms” (source: Senate Report 113-009 – STOP ILLEGAL TRAFFICKING IN FIREARMS ACT OF 2013 http://thomas.loc.gov).