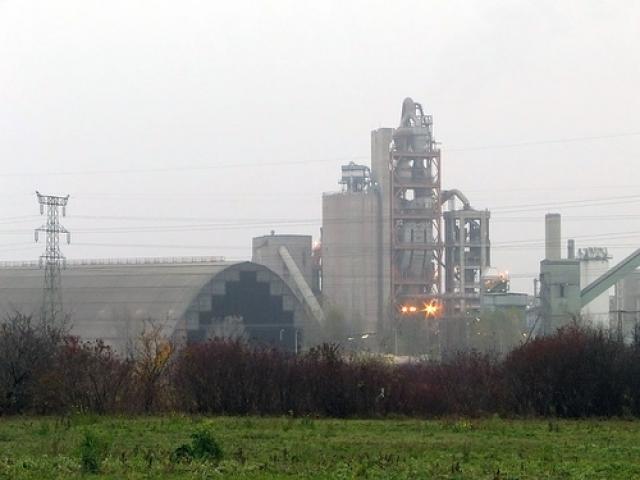 Some 1,650 hourly workers at a General Motors metal stamping factory in Ontario, Ohio, gave the company notice it will strike, and more news from “Bargaining Digest Weekly.” The AFL-CIO Collective Bargaining Department delivers daily bargaining-related news and research resources to more than 900 subscribers. Union leaders can register for this service through our website, Bargaining@Work.

WORK STOPPAGES AND ACTIONS
UAW, General Motors: Some 1,650 hourly workers at a General Motors Corp. (GM) metal stamping factory in Ontario, Ohio, represented by UAW Local 549, gave the company notice it will strike. The company and local have been negotiating for months over local contract issues, which govern such items as overtime, work rules and job duties.

UAW, General Motors: UAW Local 31 officials and GM resumed talks about the possibility of ending a strike at the Fairfax Assembly Plant in Kansas. The strike by some 2,600 union members at the plant is now in its third week.

USW, Latrobe Specialty Steel: Some 360 locked-out Latrobe Specialty Steel Co. workers in Pittsburgh, represented by the United Steelworkers (USW) Local 1537, filed an unfair labor practice charge with the National Labor Relations Board (NLRB) stating that the lockout, begun on May 9, 2008, is unlawful. Union members voted May 8 to end the strike that began on May 1, but management rejected that proposal.

ALPA, Pinnacle Airlines: The pilots of Pinnacle Airlines, represented by the Air Line Pilots (ALPA), will conducted informational picketing prior to the start of the 2008 Pinnacle Airlines Shareholders meeting to highlight frustrations with their contract negotiations, now in their fourth year. The pilots also are launching a new website,www.pinnacle.alpa.org that details the pilots’ ordeal.

NEGOTIATIONS
AFTRA, Hollywood Studios: The American Federation of Television and Radio Artists (AFTRA) and the major Hollywood studios reportedly are moving forward toward a prime-time deal. “We’re making progress—and the negotiating committee will be providing you with an update very soon,” AFTRA President Roberta Reardon said in a message sent to members. Reardon, citing the news blackout, gave no other details, but negotiators may work through the weekend.

SAG, Hollywood Studios: The Screen Actors (SAG) has accepted an offer to resume negotiations from the Hollywood studios. The talks will reopen by May 28.  Parties halted negotiations after 18 days.

USW, Still Water Mining Company: Workers, represented by the USW Local 11-0001, and the Stillwater Mining Co. of Billings, Mont., have begun negotiations. About 420 hourly employees are covered by the current contract that expires July 1, 2008.

SETTLEMENTS
ALPA, Delta Airlines: Delta Air Lines pilots, represented ALPA, approved changes to their contract that will give them pay raises, an equity stake and other benefits, while  providing settlement terms to help ease Delta’s merger process with Northwest Airlines. The new contract only takes effect if the airlines complete their deal. The contract was extended through 2012 and gives the pilots a 3.5 percent equity stake in the new company.

IAM, US Airways: The 7,700 US Airways fleet service workers, represented by the IAM,ratified an agreement that brings all of the carrier’s ramp and baggage employees under a single contract.

USW, Domtar: USW members voted by a four-to-one margin to accept a four-year umbrella agreement with Domtar that covers 4,000 members at 10 facilities. The agreement covers economic and job security issues, including a successorship clause that protects workers’ jobs and contract if a Domtar facility is sold.

UAW, Ford: About 2,200 UAW members at Ford’s Louisville Assembly Plant voted overwhelmingly to ratify a local labor agreement, which is an addendum to that master pact, governing work rules, seniority and vacations.

ATU, Lakeland Bus Lines: In New Jersey, drivers for Lakeland Bus Lines, represented by the Amalgamated Transit Union (ATU), voted to ratify a proposed four-year contract that calls for a 23 percent wage increase over term and a commitment to control health care costs, while increasing coverage for vision care and allowances for employees’ uniforms, tools and shoes.

BAC, Iowa Construction Contractors: In Iowa, workers, represented by the Bricklayers (BAC) Local 3, who went on strike May 1 in Cedar Rapids, Clinton and Dubuque, haveratified a new two-year contract. The contract provides for wage increases of 4 percent in the first year and 3.9 percent in the second year.