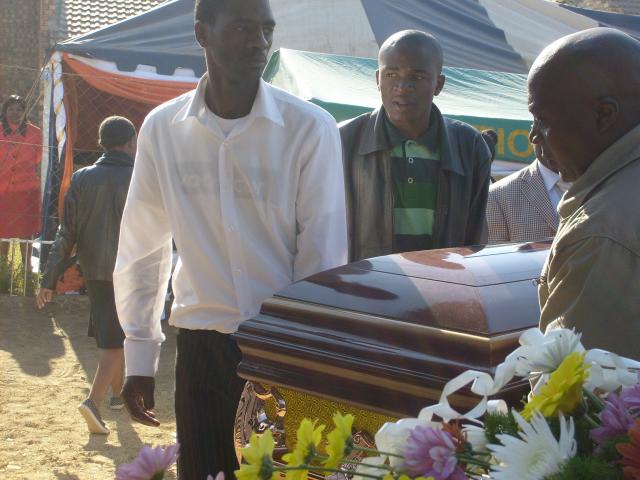 Three students who died last week after a bus crash were laid to rest over the weekend at separate villages in Tzaneen.

One student had died on the spot, another on the way to hospital, and the third at the hospital.

The accident happened when they were on their way to burry one of the former student at University of Limpopo who was enrolling with University of South Africa at Polokwane campus. The friend had also died in a tragic accident before.

Students from the University of Limpopo Turf Loop attended the funeral in large numbers.  “It is really difficult for us, they were our friends, colleagues and home mates, we do not know how to accept that they are gone and gone for ever” said one of the students.

The families of the deceased students made clearly at a memorial service held last week that they accepted that their beloved daughters are gone. “We are not pointing anyone with fingers and we are not ready to point, because we believe that it was their time, we live through a principle that always guide us and through the principle we believe that our daughters are gone for good not for bad” said Doreen Hlangwane’s uncle. He continued by saying people should respect what we believe as a family.

According to the Student Representative Council at the University, the deaths could have been prevented if the University provided transport. SRC says the management should buy new transport and also find a proper operation system for the transport in the campus.

Since the beginning of the year, six students died because of the road accidents. “If a conducive transport system was operating on campus, there would not be these types of accidents” said the students.

Most of the students at this particular University are afraid of attending funerals because it is seems if going to a funeral is a call for another death. Some students also believe that there is a curse that needs to be cleansed in the campus.

Last week the management of the University of Limpopo arranged a formal counseling session for the victims and survivors of the accidents including those who are affected by the incident.   “Students should make sure that they support and strengthen the family and friends of student who just past away, they should heal themselves as soon as possible so that to avoid being chief mourners at the funeral” said Dr. Msimeki when continuing with the counseling. Students who are the victims of the accidents and those who are just affected by the death and accidents expressed that it is very difficult for them and it will take time for them to forget what happened.