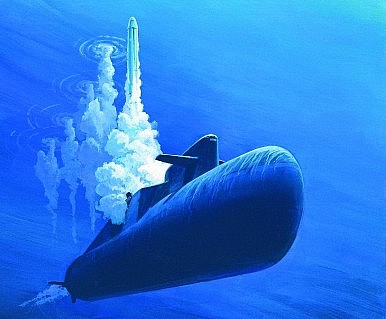 China will soon be able to target the United States with sea-based nuclear weapons as it bolsters  its submarine force with long-range nuclear ballistic missiles, a US congressional report has found.

China’s military is set to acquire an incredibly reliable, hard-to-destroy sea-based nuclear deterrent, with a dozen JL-2 missiles that are being carried onboard its JIN class submarines, according to a report submitted to Congress by the US-China Economic and Security Review Commission.

The missiles have a range of around 8700 miles, meaning they can reach all 50 US states if they are launched from waters anywhere west or east of the islands of Hawaii.

Currently, the Chinese can only respond to an attack by the US only with land-based intercontinental ballistic missiles. However, Chinese military officials remain concerned that its land-based weapons has become vulnerable to a US first strike capability due to advancements in surveillance and electronic monitoring that could track their location and movements.

The integration of the new missiles into China’s three JIN-class nuclear-powered submarines has boosted their lethality and capabilities, giving China a credible “second-strike” capability and increasing Beijing’s nuclear deterrence in the event of an attack by the US.

Chinese officials stressed that its policy in this regard is purely defensive in nature.

Filed under: Military, News
Share Tweet Pin G Plus Email
previous article: If you read and understand the secrets of the Art of War you can predict how battles will turn out
next article: 6th Annual Drukpa Council held at Druk Amitabha Mountain in Kathmandu