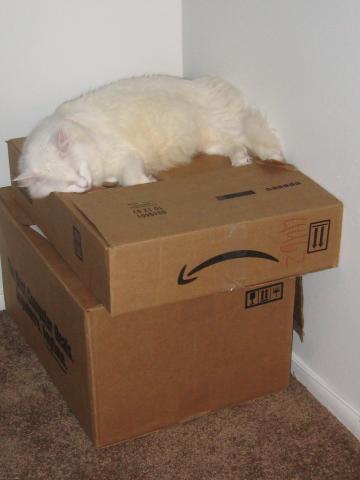 Home is meant to be a refuge from the stressors and craziness of the world. After working hard all day in offices and cubicles full of people, most people look forward to retreating to their own personal shell as they go home and forget the day’s workload. Some of us work from home, like myself, and must be disciplined about our workdays if we want to put food on the table and live a respectable life. So what does one do if the inner peace, concentration and relaxation are interrupted by someone next door, who is unable to mind their own business? Aside from hiring a lawyer to go after them, the peace loving person must cope without becoming a victim.

Undesirable neighbors come in all shapes, sizes and socioeconomic backgrounds, an equal opportunity annoyance. Sometimes it’s just no big deal, but there are those who, due to unseen forces inside their heads, are just unable to find productive things to do with themselves and prefer to nose their way into other peoples’ business for fun or sport. When moving in a condo complex in the not so far past, it came to my attention rather quickly that the head of the condo association of my building was, well, someone to stay away from. A single woman like myself but older, with no apparent hobbies but spending the day out of her unit, finding fault with little things that just don’t matter in the grand scheme of things. I chalked it up as just a weird personality quirk, no big deal.

Then, the knocks on the door started. She alerted me that a box was at my front door, or that there were some boxes downstairs in front of our mailboxes, inquiring whether or not they were mine. She appeared to be the "watchdog" of the building, using her title of condo association president to earn the the authority to loom large over any tiny discrepancy to her domain, an average condo complex in the middle of

Florida suburbia. Her kingdom, if only in her mind, this complex represents something to control and protect. Keeping order in the neighborhood is a noble goal, unless you’re the one causing trouble in order to enforce the rules.

Making friends with my neighbors, it then became clear to me that living in this condo resembled a soap opera, with overly dramatic characters running around causing trouble on a fairly predictable basis. One man told me that one neighbor hated his old truck and threatened to have it towed for being, well, ugly. The complainer, of course, was no innocent with a sportscar that was registered in another state, to avoid our state’s legal requirements of insurance, even if the guy lived here full time. This man’s mother, another resident worthy of avoiding, proved to be an angry, intolerant old woman who caused trouble for anyone she didn’t like the looks of. As a renter in this complex, it appeared to be a good idea to just keep to myself and pity those who forked out a lot of money to live here. Being thankfully only a renter, it is comforting to know I can up and leave anytime I want, to escape the madness of it all.

In my younger years, the only neighborly problems encountered had to do with an overly loud stereo and an occasional "Romeo wannabe" who thought the new person on the block would be a convenient girlfriend. These people were harmless and not a threat, which I blew off and went on living life in peace and quiet. This complex is different, though, the air is thick and heavy with an oppressive cloud of hostility in the air. What a shame, that our little corner of the world in a state full of palm trees and beaches, could be so very dysfunctional.

Due to my lack of social participation with the condo president’s meetings and impromptu social calls, step two in the madness was to find fault. The owner of my condo was threatened to kick me out "or else" over non-existent rule violations. Having been inside working my business, staying out of the social madness and preferring to work on bettering my life by hard work, this was insane. It took the threat of a defamation of character lawsuit to stop the condo woman from looming over me and harassing the kind owners of my unit. A neighbor stopped by to tell me that a month after I laid down the law on the lady, she was still telling people that she was afraid of being sued. He told me that she just can’t let things go, that she ruminates and carries on instead of doing what is normal, to just forget it and move on with daily life.

Today, I opened my front door to see if the package I was expecting was there yet. To my surprise, there was the same condo president, uncomfortably close to my large picture window, who at the sight of me took off like a rocket. Thoughts of Norman Bates and the thriller movie "Psycho" came to mind as I closed my door as goosebumps formed on my arms. It’s one thing to blow off unwanted attention from men, but a woman? Yikes.

Troubled people are best handled firmly, without adding fuel to their fires. Some wronged tenants go get in fights with the person who causes trouble for them later. For me it’s best to be legal about it when things get bad enough, if absolutely necessary, and to record any problematic circumstances in writing. When I called the police for the first time to inquire about what to do, they wanted to send an officer out because they suspected that this woman’s behavior hinged on possibly being criminal, and almost definitely civil. I told the dispatch that I would make a report if I caught the woman looking in my windows again in the future, but for now would prefer to just let the police know, so legally it is recorded that I was receiving unwanted attention from someone who had been troublesome to me in the past. It was suggested that I file a defamation of character suit in the future if the woman says untrue things about me again to the condo owners. Being a peace loving sort of person, this action is the last resort, but may become necessary. There are limits, boundaries that must be strictly adhered to. Having unrest and worry over this woman, being unable to relax in my place of refuge, my home, make the possibility of a lawsuit ever so more real.

In time, the issue of meddling neighbors will work its way out, one way or another. Until then, I gather evidence, quietly, and keep to myself. The troublemaker knows the consequences that will result if I’m meddled with again, and now it’s up to her to be good or not. The lesson learned in all of this is that I will never buy a condo of my own based on curb appeal alone, and risk being locked into living in close proximity with control-hungry condo people. If in the future I choose to buy real estate, it will be in the country, with a comfortable amount of land between me and the folks next door. A criminal background check on potential neighbors wouldn’t hurt, either. Coming from living 18 years in a lovely suburban complex in my home state of

Ohio, where people swapped recipes, were cordial and friendly to live in this dark and oppressive atmosphere, I will no longer be naïve about choosing my next home. Just because a place looks lovely doesn’t mean that it’s a healthy environment.

If you plan to move to a complex, whether apartment or condo, stop and interview potential neighbors before making a commitment to live there. Without being paranoid, just take in the environment, the people and life of the place and ask yourself whether it is good enough for you or not. If there is any doubt, then move on. Life is too short to fight with people, or fend off hostility from those who aren’t healthy. Home is a refuge. There is something in the legal rights of tenants called ‘quiet enjoyment". You deserve to be able to have quiet enjoyment from the comfort of your home, something lacking in my current situation.

Don’t let people victimize or define you. I blow off the "hermit" and "recluse" labels thrown at me by sick people made defensive by my lack of meekness, as I know that I am neither. I am above it all. It takes a bigger person to look the other way while standing up for oneself when absolutely necessary. My head is held high as I go about my business. Life goes on and whatever happens, I can comfortably say that I have  not stooped to the levels of cruel, small-minded folk. It pays to conduct oneself with silent wisdom and strength, while being calmly safety conscious at the same time. The sun will come out tomorrow, as it always does, and I will not let petty people get the best of me because through it all, the only person’s opinion that truly matters is my own.
Filed under: Lifestyle, US
Share Tweet Pin G Plus Email
previous article: What the ICC Arrest Warrant Really Means for Sudan
next article: Pope Benedict XVI condemns African Corruption