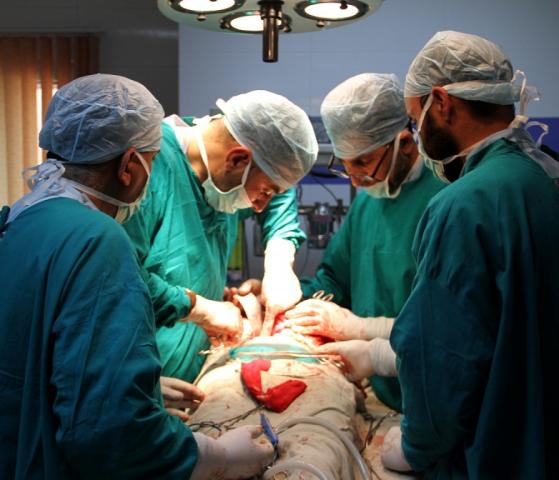 , June 05 (Scoop News) – In a major achievement doctors of Police Hospital Srinagar headed by Dr. Irshad Ahmed Kuchay performed a successful cancer surgery yesterday, which is first of its kind performed outside teaching institutions of the State. The total Gastectomy with Rou-en-Y Oesophagojejunostomy procedure lasted for six hours and the patient  Mohammad Qasim is recovering well.

Giving details, Medical Superintendent, Police Hospital Srinagar, Dr. Mohammad Shafi Koka said that the surgery was performed on a patient suffering from stomach cancer and was a milestone achievement in the history of . He said that during the procedure Dr Irshad was assisted by his operation theatre staff and anaesthetist Dr. Baljeet Kour.

Dr. Kuchay has performed Hepaticojejunostomy, open prostatectomy, hepatic hydatid cystectomy in the past and now he has achieved a new success by performing successful cancer surgery, said Dr. Koka. He has praised the dedication and professional abilities of Dr. Kuchay.

Dr. Irshad after performing the successful operation thanked his staff who assisted him during the procedure for their technical and moral support. He said that due to support and encouragement from Medical Superintendent, the procedure has been made possible in .

Meanwhile, the Director General of Police,  K. Rajendra Kumar has congratulated Dr. Irshad and Medical Superintendent of for this historical achievement. He said that the Hospitals in twin capital cities have been providing Laparoscopic, ENT Endoscopy and Arthroscopy facilities to the police personnel and their families, besides general surgical, ENT and Orthopaedic surgeries. He said that Police Organization is considering to extend super speciality facilities like PCNL for Renal Stones, URS for Uretric Stones, Laser Prostatectomy and TURP for benign hyperplasia of prostate to the patients in future and the Organization has been focusing to upgrade the Police Hospitals to provide better facilities to the police personnel and their families.