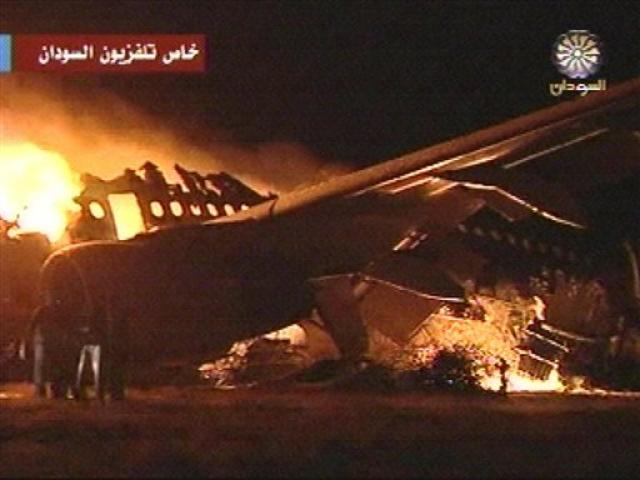 At 11/06 , A-310 belong to Sudan Airways burned after slip away during landing at Khartoum Airport , Capital city of Sudan. 30 passengers reported killed in the incident. Meanwhile 171 passengers escaped. Heavy sand storm and rain arround airport when the Airbus landed. The airplane was in serving route between Amman(Jordania) via Damascus(Suriah) before land at Khartoum airport. Khartoum airports tower had been rejecting the Aibus to land due to bad weather. The airplane was diverted to port Sudan airport to halt before returning to Khartoum. According to the witnesses, there was an explosion at one of its(A-310) engines during landing. The airplane was suddenly caught in fire and slipped from the runway. The aircraft landed at 08:45 local time in Khartoum international airport.

To this matter, Airbus had patched their investigation team to the location, meanwhile BEA, France aircraft investigation unit was also sent to investigate the incident. The passengers manifest list has been requested to Amman, Jordania.

Why Amman? Amman is the capital city which many poverty Sudanese destination to look for medical treatment.

Filed under: Health & Science, Media & Tech
Share Tweet Pin G Plus Email
previous article: WE NEED 4,4 MILLION ENTREPRENEURSHIP IN THE FUTURE
next article: Everything You Need to Know About Your Hysterectomy (But Were Afraid to Ask)