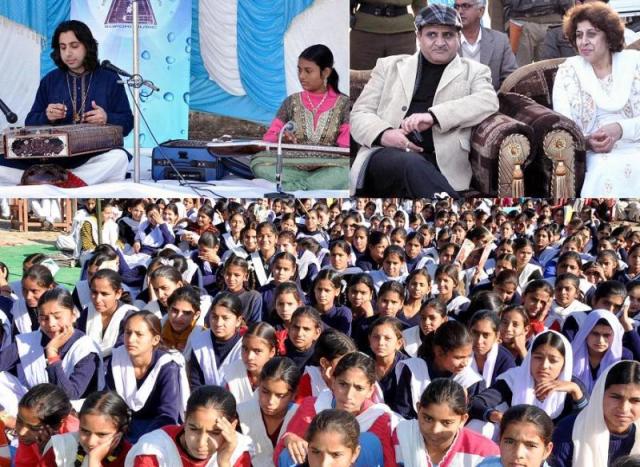 , January 19 (Scoop News) – The Deputy Chief Minister Tara Chand today said that has been abode of great Sufis and saints, who have pioneered unique Sufi culture characterized by peace, love and tolerance. The younger generation needs to be acquainted fully with the rich Sufi ethos to nurture and conserve the composite culture for posterity, he said.

Tara Chand was speaking at a magnificent Sufi festival held in the lawns of , Khour in Akhnoor,. The programme was organized by Information Department in collaboration with Sa Ma

“Sufi festivals play pivotal role in bringing people together and create  amicable atmosphere in all parts of the sub-continent as great sufi saints have always propagated the concept of brotherhood, peace and mutual love,”, said Tara Chand

Khawaja Renzushah emphasized on following the path of pious personalities who have revolutionized the world by propagating messages of love, peace and brotherhood. He said the new generations have to ponder over the new challenges, causes of tension and reasons of hatred and play a constructive role to eliminate hatred from the society and develop a broad vision of development and global brotherhood.

Qureshi also appreciated Director Information for organizing such a grand sufi festival near the borders, which he said has provided a good chance to new generation to understand the rich of spiritual heritage of the state.

Abhay Sopori, who has been giving his splendid performances for last one week in different parts of said, “I belong to 8th generation of my family who have played key role in carrying forward the santour music from to different parts of the country”. He said in the present world there is most acceptability to santoor music as it has originated from the place which is paradise on the earth.