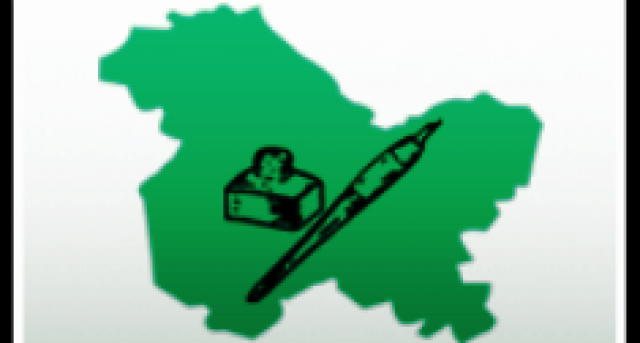 Rajouri/Jammu, January 10 (Scoop News) –  Deputy Speaker of the Legislative Assembly, Mohammad Sartaz Madni today asked the people to follow teachings of Sufi saints to spread the message of peace and brotherhood in the society.

Addressing a religious congregation during the annual Urs of Nanga Baji Sahib at Brabi area of Kalakote  which was held under the guidance of Baji Muzaffar, Deputy Speaker threw light on Sufism which  propagates peace and brotherhood. He asked the people to realise the need and importance of adopting ideologies of Sufism to better their lives.

He said that people should pay attention to the culture of Sufism because it gives peace to their mind and is peaceful to the society.

Speaking on the occasion, MLA Darhal Choudhary Zulfikar regretted that thousands of devotees come to attend annual Urs of Nanga Baji Sahib but authorities have failed to make any arrangements for the devotees who come from different parts of the state. He  said that a large number of devotees even come from outside the state. MLA Abdul Haq also flayed the authorities for not taking any step to provide facilities to the devotees who came to attend the Urs.

Meanwhile Peoples Democratic Party (PDP) today demanded that residents of border of areas of Samba district should also be treated like residents of other border areas.

Addressing a public meeting at Vijaypur, PDP leaders pointed out that state government has allotted plots to border residents of Khour area but same pattern has not been adopted for the residents of other border areas especially the Samba. They said that instead of treating all regions equally, this government has been adopting pick and choose policy. They warned that PDP would launch an agitation if border residents of Samba district were treated at par with the residents of Khour. They further said that discriminatory policy has been adopting in recruitment also. They pointed out that on spot recruitment rallies were organized in some particular areas but majority of the state has been ignored.

Expressing their concern over increasing misery of the common masses, they said that state has been gripped into unprecedented crises due to governance deficit and failure of Chief Minister Omar Abdullah to connect himself with the people.

PDP leaders regretted that instead of addressing genuine issues of the people be it supplying ration to the people or providing uninterrupted power supply, this regime has been adopting strong armed methods to stifle voice of the people. PDP leaders recalled that during the regime of Mufti Mohammed Sayeed all regions were treated equally.

Pointing towards increasing day today problems of people with every passing day, PDP leaders said that it was result of wrong policies of the National Conference (NC) that state has been plunged into unprecedented crises. “Performance of this regime appeared only on papers because instead of addressing genuine problems of the masses this government is more concerned about giving press statements or conducting photo sessions”, they said, adding “what to say of common masses even coalition partner of NC is not happy with the performance of the present government?”. They pointed out that failure of the state government to provide relief to the people after recent snowfall reflects casual approach being adopted by the government to solve day today problems of the common masses. They said that during the last three years this regime has only befool the people with one or other way.