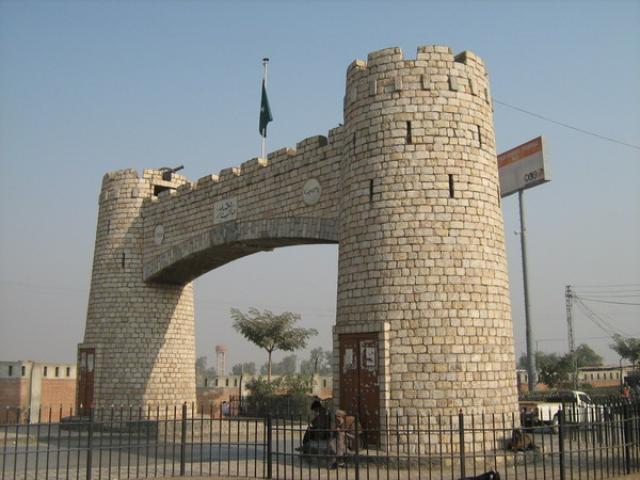 N.W.F.P, Peshawar: A suicide bomber attacks the sports complex in Peshawar, kills three and injures fourteen people and two are reported critical among them.

At the end of the closing ceremony of the inter provincial sports competition at Qayum stadium in Peshawar, a senior minister from the ruling party of N.W.F.P, Bashir Bilour was the chief guest, and firework was continue, when a 24 years old man tried to enter from the main gate of the stadium, who was checked by the security personnel, in the meanwhile he blew himself up at the gate.

The injured were swiftly transported to the Lady reading hospital in the old city of Peshawar, in addition the provincial information minister Mian Iftikhar Hissain termed this suicide attack a cowardly act and again reiterated the pledge to fight terrorism.

The real target of the suicide bomber was the parliamentarians and high officials who were present inside the stadium at the time of closing ceremony.

Filed under: Opinion, World
Share Tweet Pin G Plus Email
previous article: Am I a Woman?” in Mademoiselle
next article: In the Congo, Fighting Continues