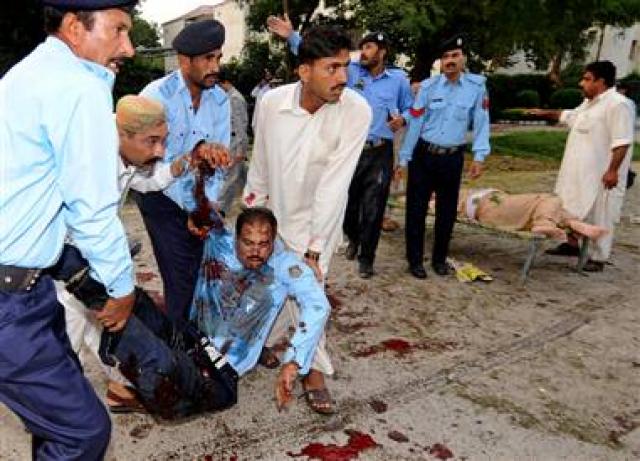 Islamabad, Pakistan: A suicide bomber blew himself up today at the main gate of a police station in Islamabad.

The special branch office is located at the G/7, Sitara market. Today,  a public holiday, an unknown man tried to enter the buliding of the office.

The security guard on duty, Constable Faisal, tried to stop him from entering the building at the main gate, and the bomber blew himself up, killing two people and injuring three. According to initial reports,  it was a suicide attack.

Sitara market a commercial area of Islamabad and usually it is a very crowded area because of the markets, hotels and shopping area but luckily today it was a public hoilday and most of the shops and markets were closed.

The two people who are killed in the attack t, the constable Faisal and the suicide bomber

The injured were rushed to Polyclinic hospital and their condition is out of danger.

The number of injured people may increase acording to sources.