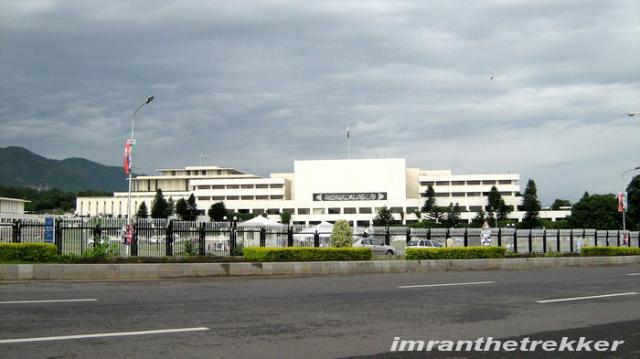 Islamabad: At 7:00 PM, a car came and hit the main gate of the hotel and then an explosive laden truck entered the Marriott Hotel in Islamabad and exploded, 55 feared dead and more than 100 injured, who were swiftly transported to the Polyclinic hospital.

According to sources, the hotel has been totally destroyed and it is considered a very serious security lapse and it is one of the deadliest attacks in the history of Pakistan.

2nd and 3rd floor of the hotel were partially damaged by the explosion and security forces soon after the attack cordoned off the area.

Marriot hotel is located in the posh and a very sensitive area, which is close to parliament house, offices of President and Prime Minister.

Emergency has been declared in all the hospitals of Islamabad and Rawalpindi and still the injured are being transported to the hospitals and clinics.

Moreover, the explosion caused fire to the various parts of the hotel and dozens are still inside.