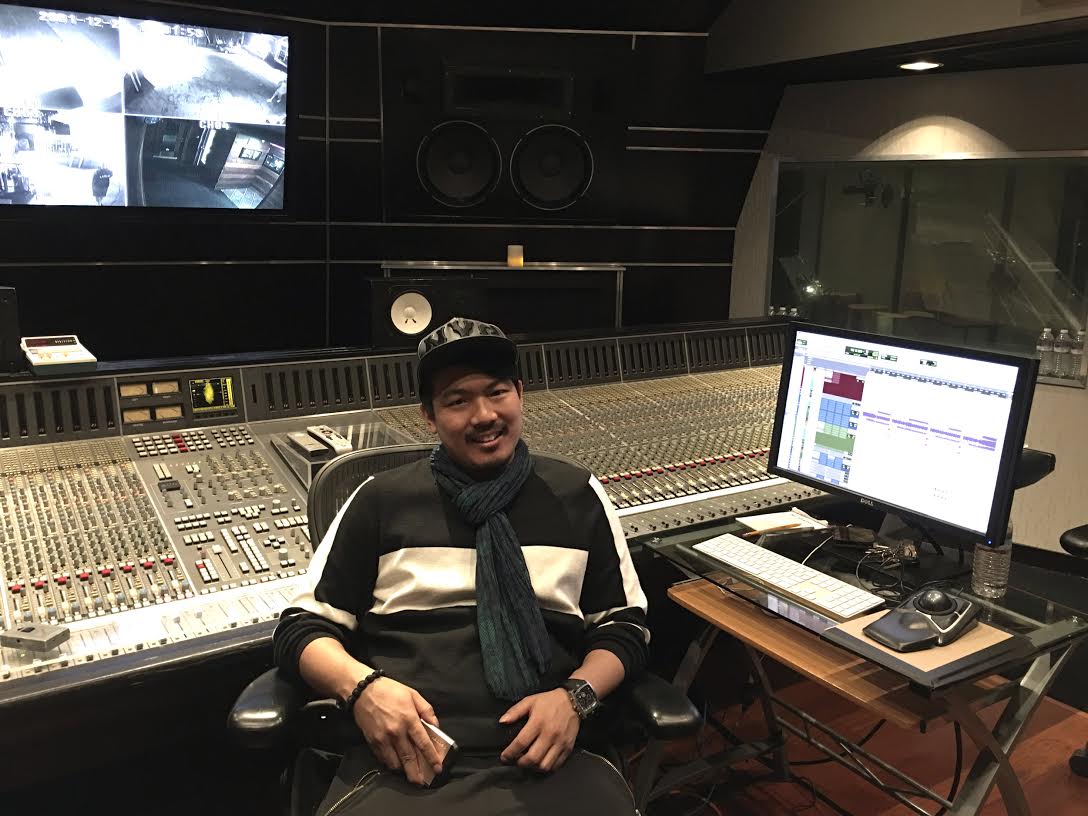 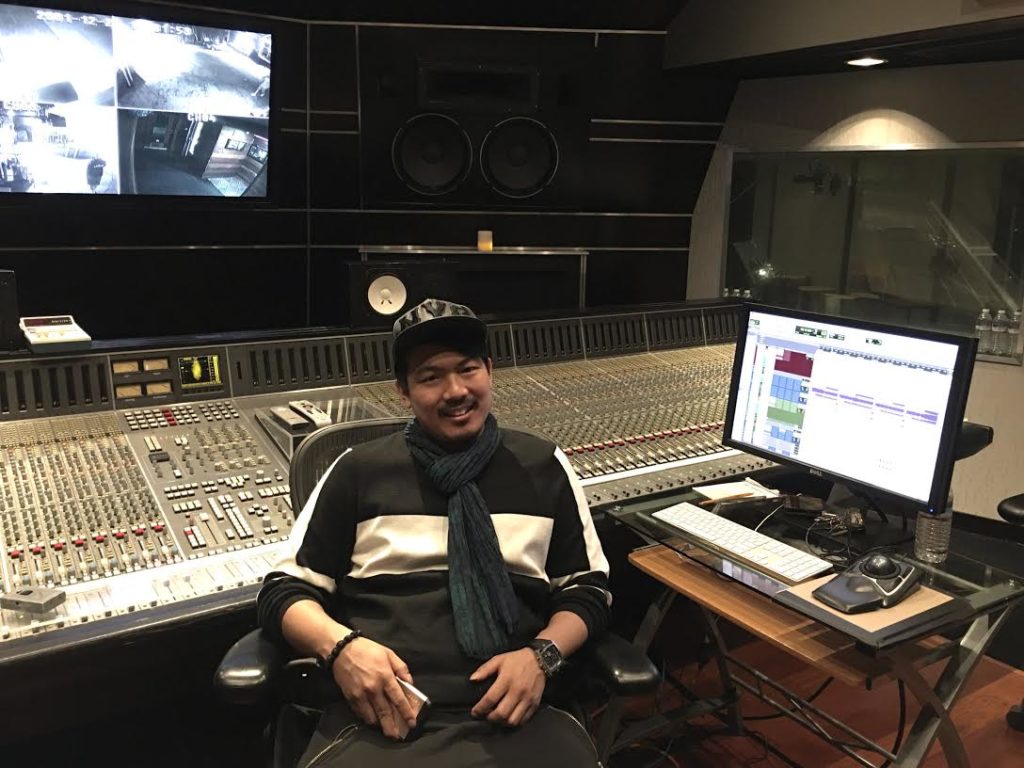 Over the last few years music producer Ikuma Matsuda, known widely as ‘Supakuma,’ has blown onto the music radar with incredible force establishing a strong reputation for himself as a dynamic and diversely talented producer– especially in the rap and electronic scene.

One of Supakuma’s most recent stunners is the rap-driven club banger “Ram it Up” from LA-based artist Andre Xcellence. Engineered and produced by Supakuma, you can definitely feel the energy emanating from “Ram it Up,” it’s one that will pick you up off the couch and get you moving your way over to the club.

Despite Andre Xcellence’s Caribbean background, and the fact that reggae music is definitely in high demand in terms of current radio trends, the producer suggested they sidestep the mainstream market and go in a different direction.

“I thought it would be interesting to bring back the feel of early 2000s iconic sounds such as Lil’ Kim, Missy Elliott and some of recent sound such as Nicki Minaj instead of following the current radio sound,” explained Supakuma. “The artist and his promotion team really liked the style.”

Though it was only released a month ago, “Ram it Up” has already drummed up some pretty impressive praise, with Boomshots saying: He had us from the moment he flipped Super Cat’s “Don Dada” hook over a frenetic Supakuma-produced track that sounds something like Diwali on steroids.”

The booty-shaking hip-hop dance beats created by Supakuma and Xcellence’s strong and often comical lyrics prove that these two have clearly formed a fruitful relationship. About working with Xcellence, Supakuma says,“He has great honesty to music. He always catches the concept of the music immediately and builds a strong vision of the story of the song when the music is talking to him. When the music is not talking to him, he never hesitates to speak up and say his opinion to everyone. That way I can show my idea and he shows his thoughts, which makes good chemistry. “

The music video for Andre Xcellence’s song “Ram It Up” is set to go into production shortly and is being handled by Richard Jackson, creative director of Haus of Gaga, the creative team that handles most of the clothing, props, stage sets and other visual aspects for Lady Gaga’s music videos and tours, such as the famous ‘egg vessel’ Lady Gaga arrived in at the 53rd Grammy Awards. The video is expected to be released before Coachella.

Aside from “Ram it Up,” Supakuma is currently producing and engineering Andre Xcellence’s EP, which is expected to be finished by the end of 2017.

About why he enjoys working with Supakuma, Andre Xcellence says, “Most of all I would say his spirit. He is a true student of the game. Supakuma’s  attention to detail and the way he goes about his craft of  producing a record is refreshing. To have someone who knows exactly where music is at in it’s current state and how best to release music to seamlessly integrate is priceless.”

Last year Interscope Records hired Supakuma to produce the beats, as well as record and audio engineer Reem Riches ft. Osbe Chill song “Everyday.” Osbe Chill got a huge boost in the industry in 2016 when he was co-signed by hip-hop veteran The Game, who helped spur seven-time Grammy Award winner Kendrick Lamar’s career when he took him on tour and featured him on “The R.E.D. Album”– and we all know how well that turned out.

Like all of Supakuma’s work to date, the results of Reem Riches song “Everyday” featuring Osbe Chill are flawless, it’s no wonder so many artists are vying to work with him. His beats bring a dark, chilling element to the song, which drives the vibe, but never overshadows the rapper’s vocals.

Originally from Japan, Supakuma has become known across genres for his work as the producer and engineer of Paramore Entertainment artists Calista Quinn’s pop single “Slumber Party,” which premiered exclusively on Radio Disney in 2016, and Maxso’s “Pressure.” He also engineered the song “If Only You Knew” by J.O Jetson, which hit no.17 on the U.S. National Radio Ranking charts in November, and Brian Justin Crum’s cover of “Creep,” which Crum sang on season 11 of NBC’s Primetime Emmy Award nominated series “America’s Got Talent.”

What’s so interesting about Supakuma’s work as a whole is the diversity of the projects he’s produced. However, considering the powerful set of qualifications, and range of influences that he brings to the table, it’s not surprising that he’s managed to produce and engineer hit songs for such a genre-diverse group of artists. Aside from producing and recording, he also plays guitar, bass, piano and drums.

About his musical progression over the years, Supakuma explains, “I started playing the guitar and was listening to rock and heavy metal, then I started to play classical music… I studied composition jazz and big band in college and now I produce a lot of pop music but honestly I fancy producing future dance music. I love the process of a very constructive and detailed way of approaching things.”

So how’d Ikuma Matsuda get the nickname Supakuma? Anyone who’s worked with the multi-talented producer and engineer can probably guess.

He explains, “An A&R from Interscope records saw how I was producing and I was playing almost all instruments and mixing very quick so he started Supakuma.”

From producing and engineering artists from some of the most popular record labels in the world such as Interscope Records and Sony Music’s The Orchard, as well as well-known independent labels like Andre Xcellence’s American Commission / Pink Money Records, Supakuma is clearly being sought out to take huge music productions from an idea in the artist’s mind and turn them into a fully realized listening experience. In addition to producing Andre Xcellence’s forthcoming EP, Supakuma is also currently working on an upcoming collab with Grammy Award winner Shafiq Husayn from Sa-Ra creative partners.