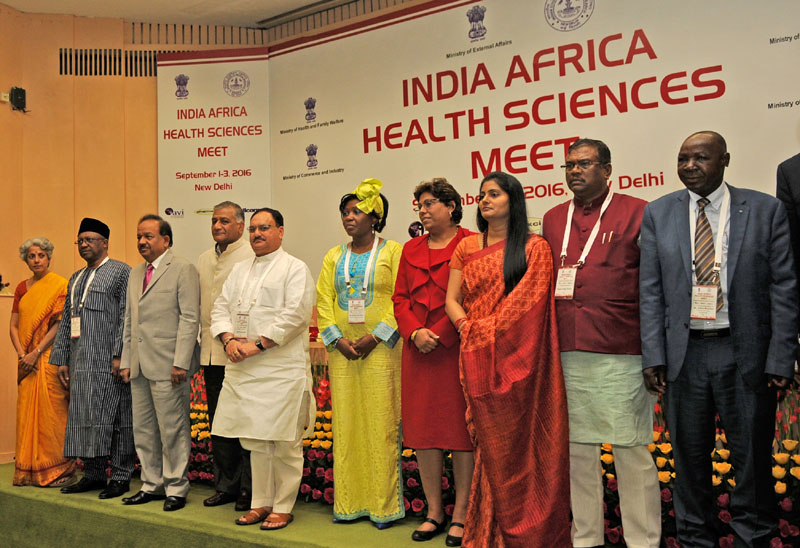 New Delhi (PIB-GR-TYP-BIN): “Superior outcomes in healthcare in India will be better achieved with innovations in health practices and products, and I urge private sector to give priority to innovations and best practices”. This was stated by Mr. J P Nadda, Union Minister of Health and Family Welfare at the FICCI’s annual flagship event FICCI HEAL, here on Sep 1. The theme of the event was “Re-engineering Indian Healthcare”. Speaking on the occasion, the Mr. Nadda stated that for any innovation we must think of scale, skill and speed.

Mr. Nadda said that the Ministry welcomes suggestions and intervention of the private sector to address some of the challenges faced by the Government. He said the private sector must not be concentrated only in urban areas but vulnerable sections of the society and people living in rural areas should also be able to access their services. The Health Minister further said that some formidable challenges still need to be addressed in many states due to lack of sturdy infrastructure and shortage of skilled manpower among other things. “We should not work in silos. There is urgent need to interact and work together in making a meaningful change,” Mr. Nadda added.

Highlighting the benefits of the Affordable Medicines and Reliable Implants for Treatment (AMRIT) outlets, the Health Minister said that t the AMRIT clinics have sold drugs worth Rs. 28 Crores as per the MRP. However, the costs to the patients through these outlets have only been Rs. 9 Crore. This has resulted in saving of Rs. 19.00 Crore out of pocket expenditure to the patients.

Mr. Nadda said that the government is making strides in the field of Telemedicine also. The facility with three remote locations, namely Community Health Centre, Pooh in District Kinnour of Himachal Pradesh; Pampa Hospital, Sabrimala in Kerala and Sheshnag base camp on way to Amarnath Shrine has been started. Minister told that these three telemedicine nodes in remote areas have been connected with Telemedicine node at PGI to provide remote health care over telemedicine platform. Health Minister reiterated the resolve of his Government to strengthen Tertiary Health Care in all its premium institutions by inducting State-of-Art technology, training and capacity building of human resource and providing affordable and convenient tertiary health care through various steps.

Mr. J P Nadda stated that as most of the major Non Communicable Diseases (NCDs), generally labeled as ‘lifestyle diseases’ are acquired, there is an urgent need for paying attention to their preventive aspects. Social behaviour change plays a major role in preventing the NCDs, he stated. Emphasizing the need for creating wide awareness among the people regarding healthy living the Minister further added that the support of the Private Sector in this area will be crucial, especially in designing curriculum for the children at school so that we can inculcate healthy lifestyle in them in their formative years.