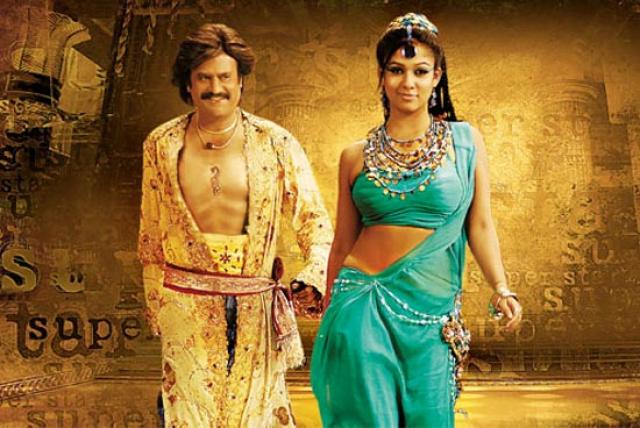 Kuselan might have been a poor guy in the mythological world, but, in the reel and real world, the Movie named after him is reported to have been sold at a whopping price of Rupees Sixty Crores.

For all that Ranjnikanth plays only a guest role in the movie, that of a cameo, may be similar to Anbulla Ranjnikanth; but, the similar ties end there. When that movie was released, he was only making his to wards the status of a Superstar,but, new he is an undisputed and the only one Kollywood hero who features in U.K’s top ten and U.S.A’s top 20.

As against the original version in Malayalam wherein its superstar Mamooty appears only for 18 minutes in the movie, Rajnikanth appears for about 100 minutes and unlike the original versions, there is an added masala of Sexy Nayanthara pairing with him. According to the Director, he starts appearing from the third reel and that is enough suspense for the audience to await his appearance and according to the Producers, his appearance for 100 minutes is more than enough to justify its price.

Almost all the movies where superstar appears, there is a record opening and this one is in no way different;but, according to industry grapewines, the Super star is tensed and let us hope that his tension would not last beyond the 1st August on which date the movie is slotted for release.