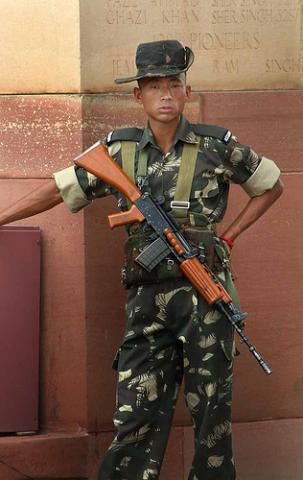 Surat is under security scanner as one bomb after another was found today within a span of five hours. A total of 18 bombs have so far been found today in the diamond city. Discovery of these bombs give a clear indication that the Saturday’s blasts that shook Gujarat could have caused much more destruction and claimed many more lives.

The bombs were found in the Varachha Road area of Surat. Earlier, a bomb was found near housing society and another in a market area. The third bomb was discovered in the Matavadi area of Varachha Road.

On Monday, one bomb was found and defused and on Sunday two explosive laden wagons were also found in the city. Initial examination suggest these bombs are identical to the ones seized earlier. Meanwhile, the Union Home Ministry has said the government will issue regulations for the sale of ammonium nitrate.