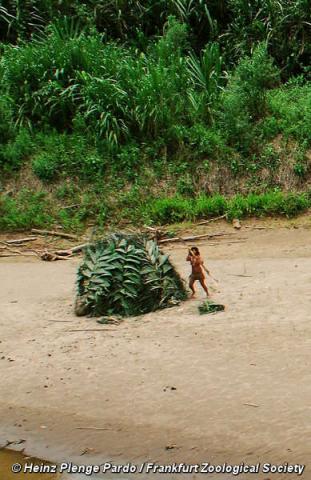 – GDF Suez. Part-owned by the French government, energy giant GDF Suez is heavily involved in the construction of the Jirau dam, which will be the largest dam in Brazil. The company is proceeding with work on the dam despite warnings from Survival and others that uncontacted Indianslive near the area affected by the dam.

– Perenco/ Repsol. Anglo-French oil company Perenco, and Spanish-Argentine oil giant Repsol-YPF are exploiting the territory of uncontacted Indians in northern Peru. Both are operating in an area where uncontacted Indians live. Perenco’s suggestions to its workers if they are attacked included, ‘Scare and repel them, or tell them to go home’.

– Samling. This Malaysian logging company is destroying the forests of the hunter-gathererPenan tribe in Sarawak, Malaysian Borneo. Many Penan have been arrested and imprisoned for mounting blockades against the company. James Ho, Chief Operating Officer of Samling, has said, ‘The Penan have no rights to the forest.’

– Wilderness Safaris. This tour operator recently opened a luxury safari lodge in the Central Kalahari Game Reserve, Botswana. The lodge boasts a bar and swimming pool, whilst the Bushmen on whose land the lodge sits are banned by the government from accessing food or water. Andy Payne, Wilderness Safaris’ CEO, responded to criticism of his lodge by saying, ‘Any Bushman who wants a glass of water can have one.’

– Yaguarete Pora. Brazilian ranching company Yaguarete Pora is intent on clearing a large area of forest in the Paraguayan Chaco, even though uncontacted Ayoreo Indians are known to live there. Other members of the tribe have been claiming title to the area since 1993.Yaguarete was fined by the government for concealing the Indians’ existence, but is intent on resuming the destruction.

Survival International’s Director Stephen Corry said today, ‘These companies really do symbolize everything Columbus signifies today – the quest for money and profit at the expense of people who simply want to be left in peace, on their own land. Surely, 518 years after Columbus’s arrival in the Americas and the decimation of the indigenous inhabitants, it’s time we treated the world’s tribal peoples with a little respect?’

Note to editors: Before August FTSE-100 company Vedanta Resources would have been on this list, but their application to open a controversial bauxite mine on tribal land in Orissa, India, has been turned down by the government.

To read this story online: http://www.survivalinternational.org/news/6562