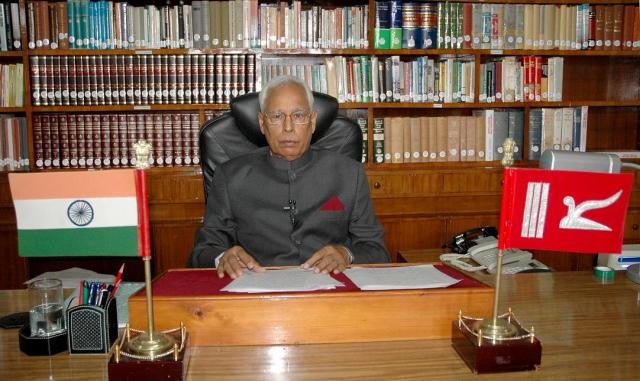 Srinagar, August 14 (Scoop News) – The Governor of Jammu and Kashmir ,  N. N. Vohra, has called upon all political parties, social, cultural and religious organizations, and all other stakeholders in Jammu, Kashmir and Ladakh to work together closely and determinedly for restoring normalcy and achieving the goal of peace, progress and prosperity in the State.

In a message on the eve of Independence Day, the Governor has stressed the high importance of every element of the civil society urgently organising itself to play a proactive role in promoting sanity and harmony.

The Governor observed that due to sad happenings in in the past two months, normalcy of life in the Valley has continued to be disrupted by an unending series of stone pelting protestations, burning of public property and attacks on the law enforcement agencies. These incidents, he said, have led to continuing confrontations with the Security Forces and generated a cycle of violence which have resulted in a large number of persons losing their lives, many of whom were young men and even women and children. He said that whatever may have been the why’s and wherefor’s of the obtaining disorder, the loss of lives is an extremely sad consequence. He expressed his deep sympathy with the families who have lost their near and dear ones in this tumult. He said that the Security Forces, whose personnel have also suffered significant injuries, need to revisit their strategies and tactics of crowd control for securing maximum protection of human life.

The Governor referred to the recent natural calamity which occurred in Leh and its surrounding areas causing huge loss of life and property, and conveyed his heartfelt sympathy to the bereaved families.

Referring to the obtaining situation in the , the Governor said that all those involved in the recent protestations, and the various political, religious and other elements who support their cause, must recognize that the cycle of violence has resulted only in causing loss and grief and further enhancing cynicism and despair. Such tragic losses, he said, must not continue to occur. He emphasized that all necessary steps to restore peace and normalcy must be taken on the most immediate basis, adding that once normalcy is effectively restored a purposeful dialogue must commence with all those who have been agitating in the past months. The Centre, on its part, would need to early launch and vigorously pursue a sustained political initiative in J&K, he added.

The Governor said that our liberal democratic framework allows enormous scope for divergent viewpoints and various differences can and must be resolved through sustained dialogue and discussion and not through confrontations and violence. He said that a pragmatic initiative for early resolving the political issues which concern the people of the State needs to be carried forward. Multiple meaningful dialogues are also required to be carried out among all the divergent groups and between them and the mainstream political parties in the State.

The Governor said that the recurring calls for hartals, processions and day-to-day protestations have resulted in the stoppage of all business, trade and economic activities, with a particularly adverse consequence for those who earn their bread by day toil. He observed that the impaired functioning of the governmental machinery has impacted adversely on the delivery of public services and slowed down the entire developmental process.

Referring to the educational sector, the Governor observed that it has suffered the most irreparable damage. The continuing disturbed environment has resulted in the complete disruption of the academic schedules. The educational institutions have remained closed in the past weeks and the suspension of examination schedules and delays in the declaration of results has most adversely affected an entire generation of youth who are presently pursuing educational and training courses of various kinds. He said that the continuing turmoil had also brought the tourist activities to a quick end and adversely affected the livelihood of thousands of families who live off the tourist, travel and hospitality industry.

The Governor said that while taking every step to immediately restore normalcy we must also keep in mind the continuing threats from across the LoC and the very high danger of inimical elements from across exploiting a disturbed environment in the State. He said that while there was a decline in terrorist activities in 2009, there has been a significant increase in the attempts at infiltration since the beginning of this year. In this context, while the Security Forces continue to make supreme sacrifices in safeguarding our frontiers and combating militancy in the hinterland, they would also need to ensure that the rights of the people are respected and the law abiding citizens are not put to any avoidable inconvenience, he emphasized.

On the development scenario, the Governor said that like other States in the country, J&K has also been striving to march ahead in all arenas of human and economic development. However, due to prolonged period of militancy and recurring internal disturbances the overall development of the State has remained significantly deficient on several important fronts. He added that peace and normalcy is of crucial importance for attaining the largest welfare of all the people of J&K. Concerted efforts are required to be made to enhance the functioning of the administrative apparatus and promote honesty, efficiency, transparency and good governance in every arena of functioning. He said that we must work devotedly to build strong and vibrant , and Ladakh regions in which all our people lead satisfied lives in a harmonious environment. While greeting the people on this joyous occasion, he prayed for peace and prosperity in the State.