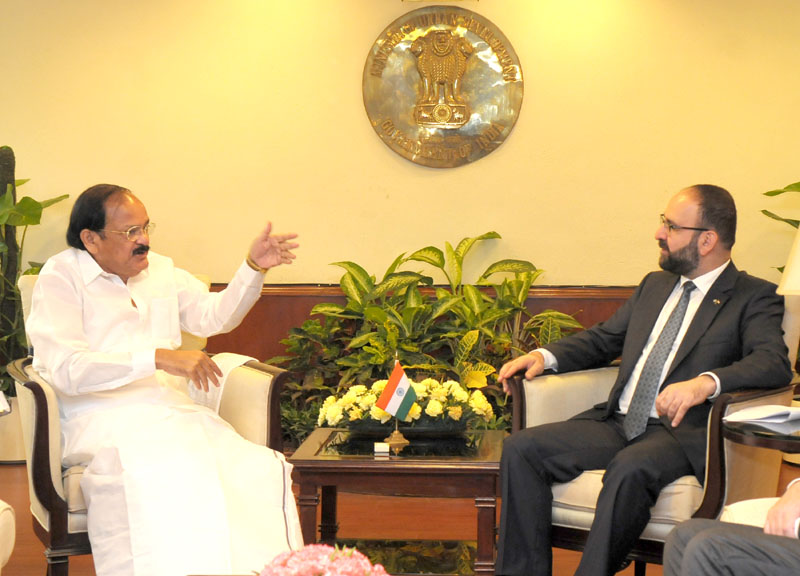 New Delhi (PIB-GR-TYP-BIN): Stressing the need for sustainable urban development in the context of growing urbanization, Sweden and India have agreed to cooperate in the implementation of new urban sector initiatives in India. Visiting Swedish Minister of Housing, Urban Development and Information Technology Mr. Mehmet Kaplan met the Minister of Urban Development and Housing & Urban Poverty Alleviation Mr. M. Venkaiah Naidu and held extensive discussions in this regard on October 14.

The two Ministers have identified promotion of public transport, municipal waste management and digitalization as priority areas for cooperation in the context of initiatives for development of smart cities and upgrading basic infrastructure in other cities in India.

Mr. Mehmet Kaplan also offered his country’s assistance in production of bio-gas from solid and liquid municipal waste and its conversion to fuel for running vehicles. He enquired from Naidu about urban planning processes in India and use of digital technologies for efficient use of resources and improving governance.

Mr. Venkaiah Naidu informed his counterpart that citizen consultation has been made mandatory for identification and prioritization of projects and drawing up city level plans under Smart City and Atal Mission for Rejuvenation and Urban Transformation (AMRUT). He also said that ICT based Pan-city smart solutions have also been mandatory component of Smart City Mission with a view to improving urban governance besides providing public information to citizens, Intelligent Transport Systems, Tele-Medicine, improving efficiency of water and electricity use etc.

Both the countries have agreed to identify specific projects for promoting sustainable urban development in India.

The Swedish Minister gave an account of urban development approaches being followed in his country for ensuring economic, ecological and social sustainability.