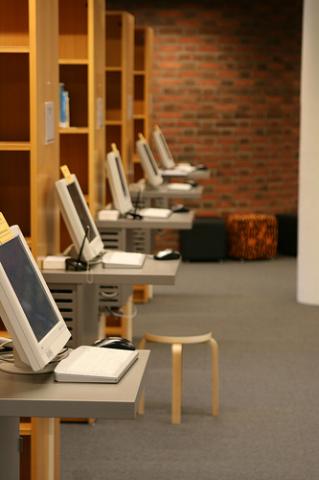 by Lindsey Chapman
A crackdown on illegal file sharing may have left a few culprits worried about being caught in Sweden, one official speculates.

Since Sweden’s new file-sharing law took effect on April 1, Internet traffic in the country has declined more than 40 percent, The Associated Press reported.

The law, which is based on the European Union Intellectual Property Rights Enforcement Directive, aims to curb illegal file-sharing by requiring Internet service providers to turn over IP addresses of “suspected violators” to copyright holders, who must obtain a court order for the addresses to be revealed.

Just hours after the law began, a handful of audio book publishers requested to “find out details of a server suspected of containing more than 2,000 illegally downloaded works.”

Of the Web traffic decline, Henrik Ponten of the Swedish Anti-Piracy Bureau considered it a good indication that “file-swappers” were worried about getting caught. “There’s no other explanation for it,” he told the AP.

“Sweden has one of the most mature internet industries in the world,” according to vnunet.com. “The figures will be a shock to many, as they point a potentially high prevalence of illegal file sharing.”

For more information on copyright law, file-sharing, and how to identify legal files, visit the findingDulcinea Free-Use Media Web Guide.
Swedish officials have already made three arrests following the implementation of the new law. Two men were suspected of downloading several films before they arrived in theaters, and providing them to file sharers online.

Some question how long the law will remain effective, writes Sveriges Radio. Christian Engström, vice-chairman of the Swedish Pirate Party, noted that when other countries implemented similar laws, sharing dropped for a time and then began picking up again.

Do you agree with how Sweden is handling file sharing problems?

In February 2009, popular BitTorrent site The Pirate Bay went on trial for helping users download copyrighted material. However there was already a hole in the prosecution’s case; they could no longer use torrent files as evidence, and half the charges had been dropped. The Pirate Bay allows users to browse for specific music, TV shows, films, software and games. The site does not host any material of its own; rather, it offers links to torrents, small files that initiate a file-sharing protocol designed to ease the burden of downloading large files.

A verdict on this case is expected this month, according to the AP.

AT&T, Comcast and Cox Communications have agreed to start working with the RIAA to take steps to curb illegal downloading by issuing warnings to alleged illegal downloaders. AT&T clarified, however, that it would never terminate service based on the word of the RIAA alone. Jim Cicconi, a senior executive vice president at AT&T, said that if the RIAA wants anything more than letters sent, it would need to get a court order from a judge.
Filed under: World
Share Tweet Pin G Plus Email
previous article: Do Not Sell Your Nest For A Joy Ride
next article: Macedonian Presidential Election Winner Seeks to Quell Naming Dispute