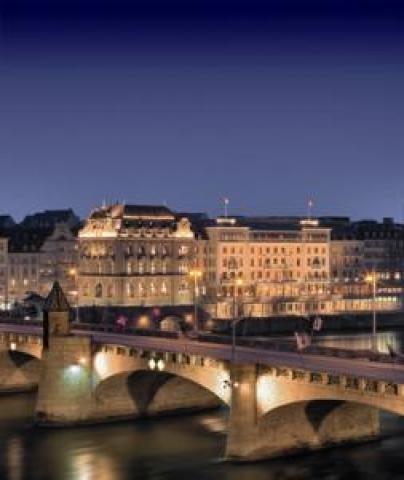 Last week we have reported news from Switzerland on the ongoing hotel purchase deal where the target was one of the oldest Swiss hotels “Grand Hotel Les Trois Rois”, located in Basel city. Market assessment of the deal on the stage when we wrote a story was that it is due to be recalled, as Russian investors, who perform as the buyers in this scenario, according to the market sources had secured part of the transaction via First Energy Bank credit, which in turn may be subject for investigation of the authorities looking for the Libyan funds, or investments of Libyan regime on the Swiss territory.

The man after the job of finding Kadhafi’s money is Nicolas Giannakopoulos from the Inside.Co — the top European specialists in countering criminal threats founded in 2000. Company’s mission is to provide the most reliable solutions in terms of prevention, due diligence and risk management against criminal structures and illegal trafficking. Mr. Giannakopoulos, in his interview with Tilde Finance reported that “Inside.CO SA has a sub-mandate to look after Khadafi assets limited to Switzerland and to the Khadafi Foundation’s assets from the Tunisian entity which has the worldwide mandate from the Libyan for the assets uncover and recuperation.”
Investments and activity performed by First Energy Bank of Bahrain, which purportedly supports the hotel deal blinked on the screen of investigators of Khadafi assets history because of the person named Mustafa Zarti, who is taking a top-managing positions of Deputy Chairman of the Board of the bank. Zarti, who lives in Austria, had already became famous during the story happened in 2011 in London, when some of the Libyan regime owned assets were frozen both in Austria and UK, including the stake of Libyan Investment Authority (LIA) in famous British newspaper Financial Times.
Mustafa Zarti headed LIA fund, which was controlled by Muhammar Kadhafi personally. Nicolas Giannakopoulos, commented that his agency “has worked on the LIA’s case in close cooperation with their contractor as LIA, despite being international organization, has very strong links in Switzerland.”
Mr. Giannakopoulos added, that “unfortunately he has not worked on the Basel hotel case, as the case is out of mandate of his company which concentrates on the Khadafi Foundation based in Geneva.”
To remind, the hotel “Grand Hotel Les Trois Rois” can be purchase by a group of investors which represent interests of co-owner and the Chairman of the Board of the Russian chemical and fertilizers plant “Togliattiazot” Sergey Makhlai — the son of the oligarch Vladimir Makhlai, who lives in London since 2005, hiding from the prosecution launched in Russia. Transaction value for this deal was roughly estimated at around 60 million Swiss francs for the controlling stake in the hotel.
Tribune de Geneve newspaper had reported in 2010, that Algerian authorities had arrested the person called Iskander, who confessed that the son of the deceased Libyan leader — Hannibal Kadhaffi — hired him to organize the explosion in Geneva airport. Responsibility for the terrorists attack later should have been attributed to al-Qaeda movement. Detainee also asserted that while as the first target the Cointrin Geneva Airport was selected, former terrorist attacks should have been concentrated on large economical objects of Switzerland, France and Great Britain.
* – This article originally appeared on Tilde Finance and has been republished with permission.
Filed under: Automotive, Business
Share Tweet Pin G Plus Email
previous article: Kargil -the hill over looking
next article: No visitor to Kashmir can bypass Jammu