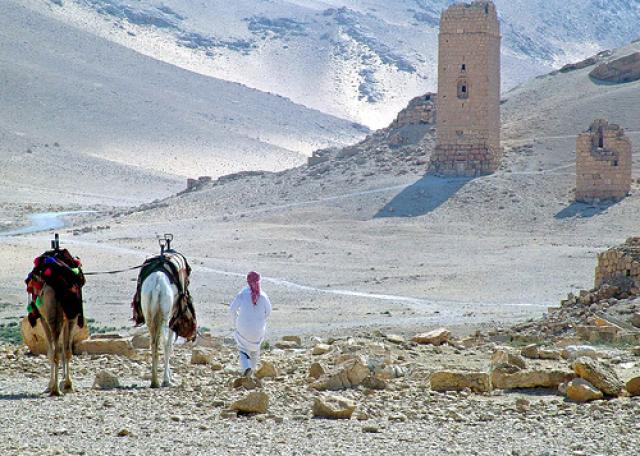 On February 29th, Israel’s Deputy Defense Minister Matan Vilnai warned of “a bigger Holocaust” for the Palestinians. Syrian blogger Ayman, from the Damascene Blog, compares between the world’s silence to that comment and the fuss made over Iranian President Mahmoud Ahmadinejad’s alleged call to “wipe Israel off the map.”

The world stands and doesn’t sit, when Ahmadinejad talks about wiping Israel off the map. All the heads of states, newspapers, magazines and even the head of the United Nations comment on it and the Iranian Ambassadors in all capitals are called to hear protests. However, when an official in the Israeli government threatens of a new Holocaust in Gaza, the issue is ignored as if it were nothing.
A government which claims it represents the people who suffered the agonies of the Holocaust is now threatening another nation of a “Bigger Holocaust” – as announced by an Israeli minister. Despite that, it is an issue which doesn’t raise a condemnation, or even a reaction, even when Israel moves on to implement its threats.
What the Palestinians are being subjected to is ethnic cleansing and war crimes, starting with the massacres and group exiles of 1948. What they are being subjected to today in terms of border closures, sanctions and the killing of civilians, is without doubt, similar to what the Jews suffered during the Second World War. And it has become usual for anyone drawing that comparison to be referred to as anti-Semitic.

Filed under: Politics, World
Share Tweet Pin G Plus Email
previous article: Iraq: Five Long Years … Most of Them in Tears
next article: Middle East: Wishing Kosovo all the Best!