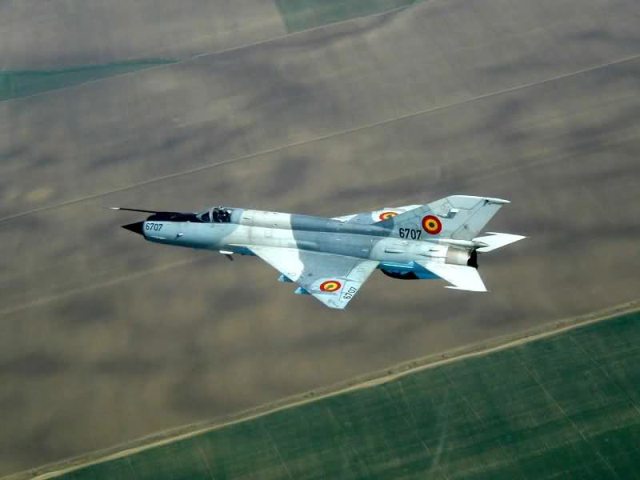 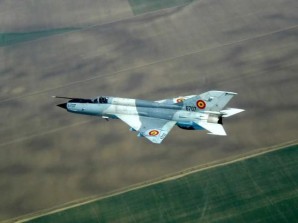 On September 12, 2014 Rear Adm. Kirby gave a press briefing to reporters, where he was asked a question about Syrian air defenses – which are some of the best in the entire world.

This idea that the US air force can just fly in and strike ISIS terrorist targets and not be engaged by the Sryian air defense or Air Force is unrealistic. The Syrian have no idea if the US is striking military or civilian, or terrorist targets – either way they have an obligation to provide a defense. That holds the real possibility our fly boys could be shot down. There is fears that the militants may have anti-aircraft weapons, stolen from Libya and provided to the militants by the United States to the various rebel extremists groups for use against the Syrian Army and Air Force.*

This is an area of real concern.

Analysts said the bulk of Syria’s air defenses are either older Soviet models or more modern Russian systems. Moscow has been selling weapons to Damascus for decades.

Sean O’Connor, a military expert who writes for the British defense publication Jane’s, said many of Syria’s air defenses are fixed installations.

“Their main strength is simply the fact they have a lot of individual positions all over the country – mostly in the western half of the country,” he said, “because that is where most of the population is and that’s obviously where most of the threat to them would come from, be it from Israel in the south, Turkey in the north or from anyone trying to approach from the Mediterranean.”

Paul Smyth, a British defense expert and a former Royal Air Force navigator in a squadron that patrolled the no-fly zone in southern Iraq in the 1990s, said Syria also has more adaptable air defense weapons.

“The more modern, post-Soviet era, but still built in Russia, things like the SA-10, you are looking at mobile weapons, which are pretty capable and therefore a real concern because they have that combination of being able to move around the battlefield, and so pose a very direct threat to friendly air operations,” he said.

“Q: Admiral, with regard to the president’s announcement the other night and Syria, in particular, can you differentiate or explain the degree of — or extent of air defenses that are — are being considered, you know, are being studied in eastern Syria, as opposed to the rest of the country? In other words, how much more — how much deeper, more concerning are their air defenses in that part of the country?

REAR ADM. KIRBY: Let me — it would be difficult for me to speak with great detail to the air defense systems of another country. We’ve said all along that Syria does possess, continues to possess sophisticated air defense capabilities. Where they put them and how they move them around is — is difficult to say with — with any great certainty.
Obviously, air defense systems are normally placed in or near what a country believes to be its most vulnerable locations or where, in fact, they think these air defense systems can have the most effect. Generally speaking, the eastern part of the country is more desolate, more remote, less critical infrastructure there than in the western part of the country, so, generally speaking, one would assume that — that most of their air defense systems are based around the west and around major facilities and major cities.
That said, Bob, and you know this, many air defense systems are mobile and can be moved and can be moved pretty rapidly. So I really don’t have a perfect sense of what the air defense picture looks like in Syria, but I think the implication in your question is, to what degree are we considering that when we consider plans for potential air strikes in Syria?
And what I would say to that would be that, obviously, we want — as we plan and prepare for the possibility of conducting airstrikes across that border, we’re obviously factoring in every possible contingency that we can. And force protection is obviously a very high priority for us. And no matter where or when you’re considering the use of strikes, you have to factor in defensive capabilities that could thwart those efforts.
Does that answer your question? Yeah, Justin.”

Note: The Syrian air defense are some of the best in the world. The Syrian Air Defense Force controls twenty-five air defense brigades, each with six SAM batteries. It is equipped with 650 static SA-2, SA-3 and SA-5 launchers, 200 mobile SA-6 and SA-11 launchers and over 4,000 anti-aircraft gunsranging from 23mm to 100mm in caliber. There are also two independent SA-8 and SA-10 SAM Regiments, each with four batteries of 48 mobile SAMs.

On 22 June 2012 Syrian Air Defense Force shot down a Turkish McDonnell Douglas F-4 Phantom II reconnaissance jet. The jet’s pilots were killed; both Turkish and Syrian forces searched for them before recovering their bodies in early July. The incident greatly escalated the tensions between Turkey and Syria.

In mid-November 2013, the SyADF targeted, for ten seconds, three Turkish F-16s that were flying near Dörtyol, over southern Hatay province after deploying from the Incirlik and Merzifon airbases.

ISIL/ISIS was secretly funded in part by the United States which trained many of its fightersin secret camps in Jordan, in an effort to prolong the suffering of the Syrian people. This effort also helped prolong the civil war that savaged that country and caused over 1 half million deaths so far and counting! The war has also uprooted some 6.5 million people from their homes, forced 2.7 million to flee the country, laid waste to cities and towns alike, and unleashed sectarian hatreds that have rippled across the region. And the US played a big role in causing and prolonging that suffering.