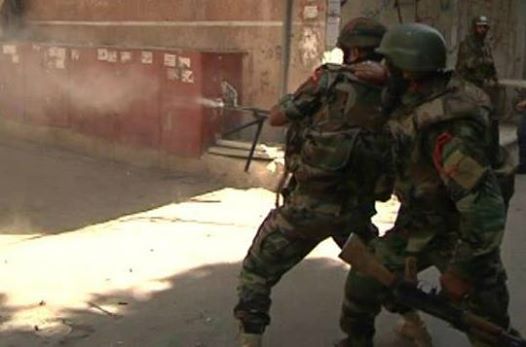 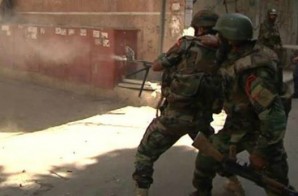 The Syrian Army has expanded its offensive operations against armed terrorist groups in nearby areas of the Eastern Province of Deir Ezzur, claiming the lives of a large number of Takfiri militants (aka: ISIL).

A military source told SANA that the army and popular forces” raided insurgents” gathering centers in al-Tharda near Abbaret al-Mayadin in the countryside of Deir Ezzur province, killing and injuring several terrorists, arresting some others.

Deir Ezzur province is bordering Iraq’s al-Anbar province where a large number of the ISIL terrorists are fighting Baghdad government.

The ISIL terrorists also have a substantial presence in places such as Deir Ezzur province, and are being supported by their Iraqi counterparts since at least June 2014.

Syria has been the scene of insurgency since 2011 when the US and their regional allies voiced loudly that Syrian protests have no diplomatic solution and they started supplying the country’s opposition groups with their arms and funds.

Filed under: News, Violence
Share Tweet Pin G Plus Email
previous article: “US global missile defense system poses a threat not only to Russia but the entire world”, warns Putin
next article: Five Ways To Avoid The Winter Blues