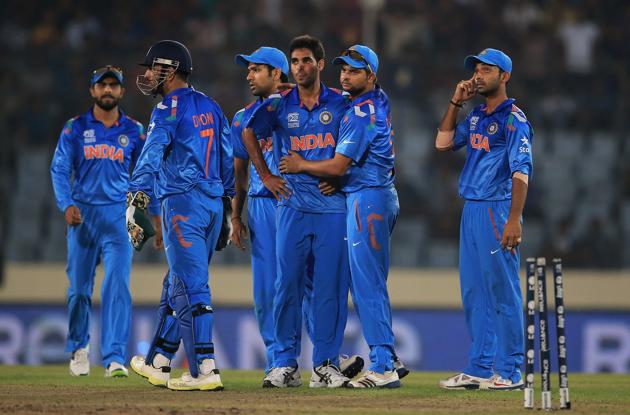 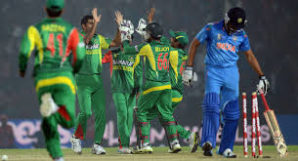 Bangladesh would take on India in the ICC T20 World Cup 24th match played at Shere Bangla National Stadium, Dhaka on Friday March 28, 2014. Bangladesh will be eager to give their fans something to cheer about and stop India from winning 3 in a row. Bangladesh vs India T20 match schedule to begin at 19:30 local time (13:30 GMT). 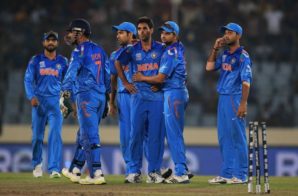 After winning the 1st 2 matches in group 2 India will look to seal a semi-final berth when they take on Bangladesh in Dhaka today. Bangladesh, who were crushed by the West Indies in their opening game. It will not be easy for the hosts against a team that has looked like the side to beat in this tournament, but Mushfiqur Rahim’s team has caused some major upsets in the past.

India have walked over Pakistan and the West Indies with complete ease, thanks to their spinners, especially Amit Mishra. Pacers Bhuvaneshwar Kumar and Mohammad Shami have also looked good while Virat Kohli and Rohit Sharma have looked the best among the batsmen.

India will hope that Yuvraj gets some runs soon because his role in the middle-order is key to the team’s success going further into the tournament. Another concern could be MS Dhoni – the skipper had missed the Asia Cup because of an injury and has not yet got a chance to bat yet.

Bangladesh went down tamely to West Indies in their opening game. The hosts were expected to put up a stiffer battle in their chase of 172 but were bundled out for a mere 98, riling up the packed stands. Tamim Iqbal, Shakib-al-Hasan and Rahim, senior players in the side, will have to take up the responsibility of instilling some spirit into the team before their big clash against India.

The hosts have some useful spinners in the side in conditions that have favoured the slower bowlers so far and Rahim will need them to step up and keep the power-packed Indian batting line-up in check. Tamim will want to get going again and he has had a decent record against India, so that is one batsman Dhoni will need to watch out for. The other impact player for Bangladesh could be Shakib, who thrived in big-match situations and could make the difference for his team.

Filed under: Cricket, Sports
Share Tweet Pin G Plus Email
previous article: Treasure Hunt is an Exciting Exploration of Nature Sure to Feed the Imaginations of Young Readers
next article: Koneru Prasad – a man with a vision