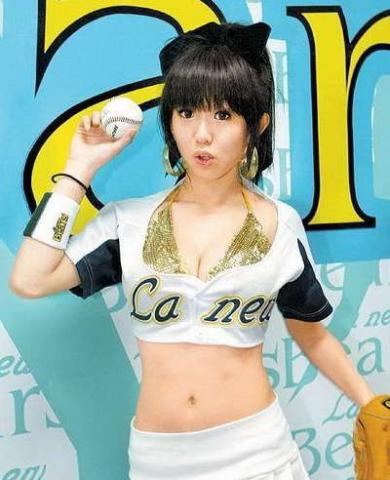 Recently as I was watching Taiwanese variety show, I realised that Yao Yao (ç‘¶ç‘¶) has been participating a great deal and is getting really popular. However, I was not unaware how Yao Yao gained her popularity. Apart from having a very pretty and angel looking face and an exceptionally figure. She is currently 18 years old high school student and the proud owner of her pair of 33F breasts.

She quickly gained popularity with ‘Zai Nan’ (å®…ç”·). They are basically guys who always stay at home to either to play online game or watch TV. They practically dislike going out to socialize and communications between them and their contemporaries are done largely over the Internet.

æ®ºonline is basically one of the most popular free online MMORPG based on ‘Hokkien’ or ‘Tai Yu’ in Taiwan. It is no wonder why Yao Yao had attained stardom with these gaming geeks, (å®…ç”·) who are teenagers with raging hormones and stays at home on their computer for most part of their life.

Well, even I who is not one gaming geek, I have became a fan of Yao Yao myself.