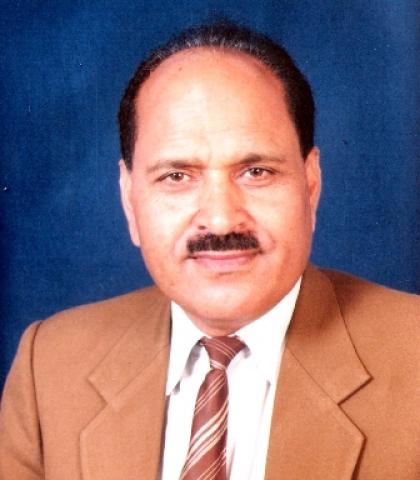 , April 26 (Scoop News) –      Senior Congress leader Abdul Gani Vakil today said that opposition should not make too much noise over the issue of corruption which the present dispensation is already taking care of since it is they because of whom Accountability Commission (SAC) is defunct.

Abdul Gani Vakil while addressing a gathering of workers in today said “Congress-NC coalition government led by Chief Minister Omar Abdullah is doing yeoman work in getting the state rid of corruption and corrupt elements and is extremely serious and sincere in its efforts.” He added that it is the opposition during whose tenure accountability commission was rendered defunct.

Vakil said that opposition’s reluctance to revive SAC stems from the fact that cases against a number of their leaders are pending and if the commission is revived, they are likely to be behind the bars. “It is this fear which is preventing the opposition from ensuring revival of SAC. They are habitual of making indifferent noises and have been doing so since the last many years,” added Vakil.

Vakil urged Chief Minister Omar Abdullah to take drive against corruption to its logical conclusion. “Being young and dynamic, Chief Minister Omar Abdullah should not desist in taking action against the corrupt politicians and officers. He has taken a number of initiatives and if he takes up this fight against the corrupt with utmost sincerity, he would make a name for himself and also help the state in taking a giant leap forward against corruption.

He congratulated the coalition government for successful conduct of recently held budget session and also made a special mention of heavy turnout during the Panchayat elections being held across the state. Vakil applauded UPA chairperson Madam Sonia Gandhi, Prime Minister Dr. Manmohan Singh and former Chief Minister of J&K Ghulam Nabi Azad for backing up the initiatives which the coalition government is taking in J&K.

Regarding the news item which appeared in certain dailies with regard to the functioning of coalition government in which a statement had been attributed to Abdul Gani Vakil, he said that no such statement has been issued by him. He termed the news report as not based on facts. Vakil implored upon the people and congress workers to strengthen hands of the coalition and be part of the J&K’s development story.