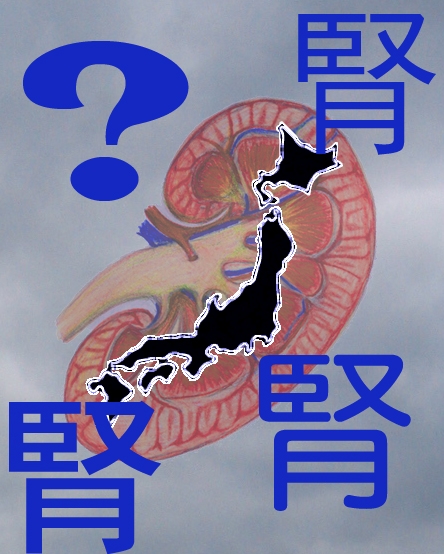 Let’s face it – travel is incredibly simple in Japan. The Shinkansen can take you across the country in a single day. Japanese airports are staging points for almost all traffic from the western world. It’s no surprise you see some wealthy Japanese businessmen finishing off their breakfasts of rice and Miso in Osaka, and enjoying lunch in Peking. One morning you’re surrounded by giggling Japanese schoolgirls yelling “bye bye”, in the comfort of the conformity of your world; when the afternoon rolls around you could be strolling the streets of Shanghai, walking along the reconstructed Great Wall, getting your organs transplanted…?

Kenichiro Hokamura made international news in March 2006 as one of many among the Japanese elite to receive a kidney transplant in Shanghai. Although a man on dialysis finally receiving a much-needed organ isn’t exactly headline news, Hokamura’s case brought two major issues into the spotlight.

One, Japan has a very poor organ donation program, at least compared to the US and Europe – less than fifty Japanese people nationwide have donated their organs since 1997. Fifty to distribute amongst thousands of those on dialysis, with failing livers, suffering from genetic heart conditions…

Children in the land of the rising sun are ineligible to donate any organs whatsoever. Even with parental consent (or, regrettably, in the event of death), life-saving vessels cannot be legally removed from a Japanese child under the age of 15.

So what are the options? Living donors, for one. Adults are perfectly entitled to donate their liver or kidneys freely to a family member or friend in need, even a child if size isn’t an issue.

But more than likely, you have Japanese citizens focusing their sights overseas, to treatment in the US, the European Union, or China. The United States’ system may have its flaws in terms of advantaged individuals (e.g. the “John Q” scenario), but clearly, more donors are available, including children.

This was the only option available to Hokamura other than continued dialysis and eventual failure of his kidneys. But where to go?

Choosing treatment in the United States would have required Hokamura to wait on the official organ donation list. A list, sadly, that may have a waiting time up to a year.

Buying a kidney? Donations in the United States are given freely and without monetary compensation, despite tremendous demand. Doctors cannot legally transport an organ that was knowingly purchased on the black market. This policy, and the supply coming up far short of the needed demand (approximately 100,000 people in the US alone) have produced drastic measures; there are a few good Samaritans (donors who volunteer to give to strangers without any expectation of compensation), but others decided to test the limits of the system. In 1999, a man tried to sell his kidney over eBay (source).

Clearly the United States was not the best option for Hokamura, in immediate need of a suitable transplant. He settled upon China, after consulting with a Japanese organ broker. The 62-year-old businessman was told his new kidney was coming from a “young executed prisoner.”

Second issue: the Chinese donation system. China is no stranger to executions, putting nearly ten thousand, perhaps more, people to death every year. Ten years ago, with the silence surrounding the exact number of executions, it wouldn’t have been surprising to have discovered a huge black market organ trade, “illegally” removing eyes, kidneys, hearts, tissue from prisoners.

In Kenichiro Hokamura’s case… voluntary or forcibly removed from the corpse of an executed felon, legal or not, his new kidney was successfully implanted without any complications within two months. The price? ¥6,800,000. Misappropriated or not, he considered the transaction “cheap” and wiped his hands clean.

Responding to international attention from situations like Hokamura’s, the Chinese government has made assurances of cleaning up its organ donation market, eliminating sales altogether. What this will do for the country, as nearly two million people need transplants, is uncertain.

The main problem with this issue? Just like any other, it’s all black and white, no room for grey. A system that rejects a kidney from an organ harvester who may have acquired it from someone he murdered is the same one that rejects a kidney from a sane, healthy individual in need of some extra money. You only need one to live, so why not profit a little? If China adopts a policy similar to the US, some lives might be saved, but others would be lost. There’s never an easy solution.

Adding to the trouble is the shared belief of both the Japanese and Chinese that removal and implantation somehow make the body impure, as if you’re no longer truly yourself. Reasonable or not, we shouldn’t expect to see any rise in the number of donors in Japan anytime soon. With the questionable Chinese market available to any Japanese person with some extra Yen, we may start to see Chinese prisoners being removed from their cages and taken piece-by-piece to the land of the rising sun to live once more. Ask yourself – what would you want inside you? Could you let the ends justify the means?

Filed under: Health & Science, Politics
Share Tweet Pin G Plus Email
previous article: The Art of the Party
next article: Joseph Stiglitz – Notes on his book-chat at The New School Univ. (NYC)